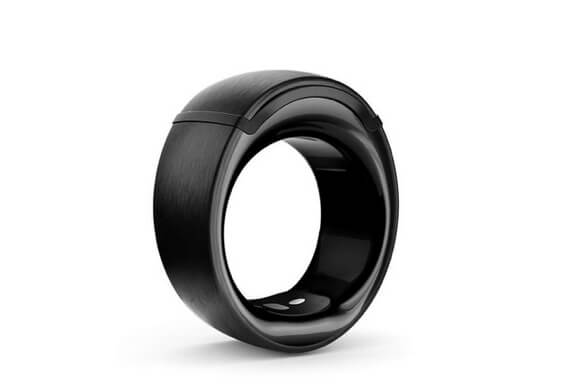 Here is our review of the Echo Loop, plus what to do if you are having a problem connecting to or charging your Echo Loop because it won’t fully charge. The Echo ring is basically a tiny privacy-concerning transmitter which you wear on your finger, and through which you can communicate with both Alexa and Siri or Google Assistant (depending on which phone you have) via Bluetooth on your phone.

Being part of the invitation-only cohort to get an Echo Loop early (in fact we have Echo Loop #83), when it arrived we were eager to set it up so that we could tell you all about it. So you can imagine our disappointment when we ran into problems right away. The darned thing wouldn’t charge! The instructions say to position the ring on the charger (more about that in a moment) and you will know that the ring is charging by the presence of the blinking yellow light. 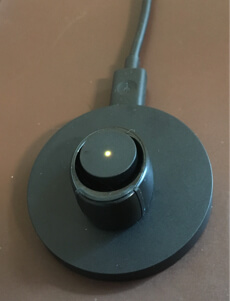 When Echo Loop is fully charged, the light will turn to a non-blinking green. 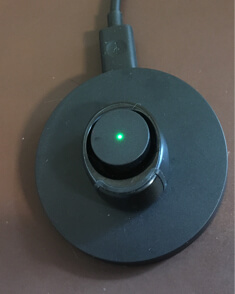 The problem was the charging light never became green because the Echo Loop never fully charged. In fact, given that, even though there was a blinking yellow light, we weren’t sure that it was charging at all.

Plus, getting the Loop on to the charger properly is very tricky. There are magnets which are supposed to help you make sure that it is positioned correctly, but even when the magnets have locked on, the charger doesn’t light up and, conversely, we had the charger light up even when only one or two of the three contacts could have been connected.

However, even with everything properly lined up (except, apparently, the planets), we waited an hour… then two hours..then four hours, and the thing never fully charged. In sheer frustration, we made sure that everything was properly aligned and left it overnight, only to find in the morning that it was still not fully charged.

And here’s the thing: while we don’t know whether at any point it was ‘a little charged’, we do know that it was dead in the water for all practical purposes. Because it was impossible to set it up in this state. You see, you have to set up your Echo Loop from within the Alexa app on your smartphone. Apparently, if all is working as planned, you will get a notification within the Alexa app saying that an Echo Loop wants to join your happy Alexa family. Even with the overnight charging, we got no such notification.

Next we dutifully looked in the Devices section of the app, as instructed, and tried to manually add the ring. There was no Echo Loop to be found.

Now we were beyond ‘sheer frustration’ and on to the next level of frustration (what is that called, anyways?), and so out of that frustration we started Googling things like “Echo Loop won’t charge” and “problem charging Echo Loop” (much like you may have, leading you here).

All we were able to find was the short how to set up your Echo Loop video (no help at all, didn’t tell us anything that we didn’t already know, or that we’ve included above), and this video about how to reset your Echo Loop, also of no help…or….wait a minute, maybe it … why yes!

Resetting the Echo Ring will cure the charging issue! At least, it did for us.

Here’s how to reset your Echo Loop. We suspect that our ring may have been tested or even used by someone else first, which could have led to the charging issue, because it was looking for the previously paired phone and not finding it.

As soon as we did this and put the ring back on the charger, it showed as fully charged within a matter of minutes. And while we never did get the promised notification, we were easily able to find the Echo Loop listed in the “add an Echo Device” section of the Alexa app. 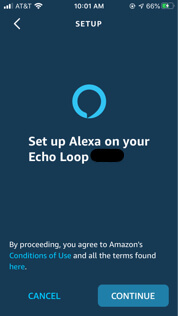 So, what exactly can you do with your Echo Loop once it’s set up?

All of these functions are accessed by the button, which Amazon calls the “action button”.

When you invoke Alexa or Siri, you will hear them – just barely – speaking to you through the tiny speaker in the back of the ring. 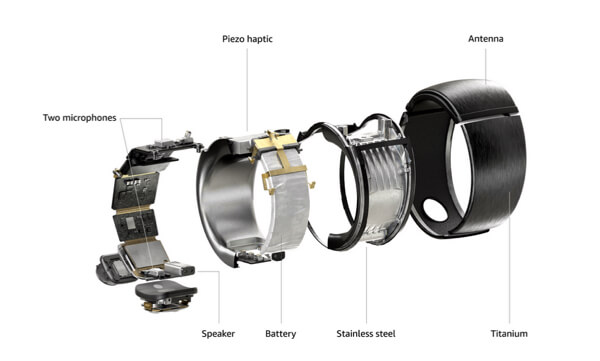 So what do we think of the Echo Loop? We can see certain use cases where it could be handy (no pun intended), such as when your phone is in your pocket and your other hand is already occupied, or even when you want to be less conspicuous when talking on the phone in whatever situation that talking to your hand is less conspicuous than talking on your phone. 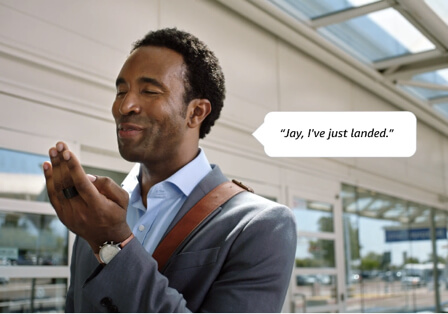 You can’t buy Echo Loop on the open market yet, but you can request an invitation to buy one at the pre-launch price of $129 (after which it will go to $179) here.

Here's How to Export Your Amazon Music Playlist List
Amazon Announces Alexa-Enabled Wireless Earpod Competitor Earbuds - But are They Really?
Newest Amazon Order Scam Spam
Is It Possible to Delete Yourself From The Internet?
Authors and Publishers: How to Opt Out of Amazon's Kindle Lending Service for Your Kindle Book
Do You Suffer from Amazon Guilt? Should You Feel Guilty about Shopping Online with Amazon?
How to Cancel a Recurring Amazon Order
Amazon Lawsuit Settlement: Didn't Get Your Notice of Credit? How to Find It
7shares