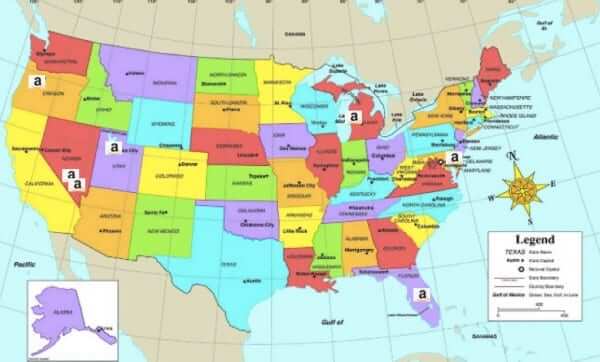 In case you were wondering whether Amazon might be slowing down in any way – they’re not. In fact, in addition to their looking for the location for their second headquarters, they have announced that they are opening seven new fulfillment centers in August alone! Salt Lake City, Orlando, Las Vegas, Aberdeen MD, Shelby Township MI, and Troutdale OR are all seeing a new fulfillment center open this month, and Las Vegas has not one, but two new Amazon fulfillment centers opening in August.

Separately, Amazon has also announced a new perk for Prime members: you can now place an order with Whole Foods through the Prime app, and it will not only be waiting for you when you arrive, but a Whole Foods team member will bring your order out to your car!

Really, nobody should be terribly surprised at any new development coming out of Amazon. This is a company, after all, that has acquired a pharmacy arm, and Whole Foods, in the past year; has moved into the packaged meal kit space just about a year ago, and is being predicted to move into the gas station and travel spaces next.

In an email to Amazon merchants, Amazon shared the addresses of the new fulfillment centers. Here they are:

In other news, as we mentioned above, Amazon is now offering Amazon Prime Members the option of placing an order at Whole Foods, and then having a Whole Foods team member bring it to your car when you arrive to pick your order up. Within an hour!

Explains Stephenie Landry, worldwide vice president of Prime Now, AmazonFresh and Amazon Restaurants (Amazon Restaurants is Amazon’s food delivery arm, competing against the likes of GrubHub, DoorDash, and Uber Eats), “Pickup from Whole Foods Market is a perfect option for customers who want to grab healthy and organic groceries at their convenience, all without leaving their car.” (The future predicted in Wall-E isn’t far off.)

The Whole Foods order pick up for Prime customers joins the more general 2-hour delivery that has been offered for a while through the Amazon Now app. (Prime members can download the Prime Now app from either the Apple app store, or the Google Play store.)

To sweeten the pot, Prime members already get healthy discounts off items that are on sale at Whole Foods, and if you have an Amazon Prime Visa, you get a 5% rebate on top of that!

Of course, the incentives and conveniences are what keep the Amazon customer base largely satisfied, which in turn allows for the Amazon juggernaut to keep rolling.

How to Watch a Movie Together Online for Free Using Amazon Prime Watch Party
Amazon Opens Full-Scale Brick and Mortar Amazon 4-Star Store in Colorado, New York, with Berkeley on...
Amazon Giving Ring Doorbell Videos to Police without Warrant, Consent, or Knowledge of Owners, No Pl...
Amazon Announces Alexa-Enabled Wireless Earpod Competitor Earbuds - But are They Really?
Authors and Publishers: How to Opt Out of Amazon's Kindle Lending Service for Your Kindle Book
Amazon Announces 5% Rebate when Using Amazon Visa at Whole Foods
About the New Amazon Pharmacy - You Knew it was Only a Matter of Time
What to Do if Your Amazon Order Never Arrives but They Say it Was Delivered
Share the knowledge

Number of people who have enjoyed this article: 2,547