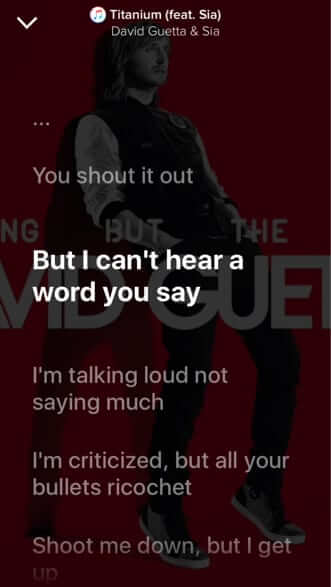 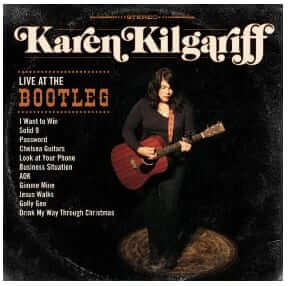 If Weird Al and Alanis Morissette had a love child, the result would be Karen Kilgariff. With lyrics at once hysterical and lacerating, such as the lyrics (below) to “Look at Your Phone” and “Password”, Kilgariff turns her laser focus on contemporary golden idols such as smartphones, and daily annoyances such as forgetting your password. 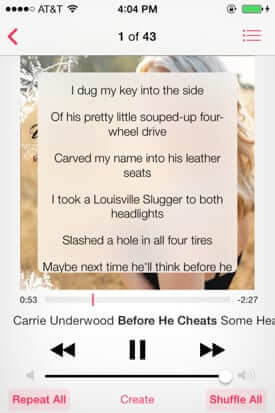 How to Display Lyrics for Songs in iOS 7

If you have added lyrics to your songs in iTunes, and are used to displaying them while a song is playing on your iPhone, iPod, or iPad, but now they aren’t displaying in iOS 7, fear not, you just need to know where to find them.

The Harlem Shake: What it Is, Where to Watch it, Which One to Watch

What is The Harlem Shake? That depends on whether you’re talking about the Harlem Shake dance, the Harlem Shake song, or the Harlem Shake video — by either Al B, Albee, Baauer, Bauer, Bauuer, or the Russian Army. And, the infectious internet meme doesn’t get any less complicated from there. But since the original Sunlight Harlem Shake, it has gone viral on YouTube (or uTube if you prefer) at breathtaking speed. 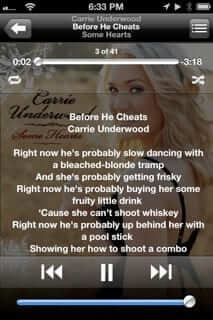 How to Add Lyrics – All of Them! – to Your iTunes Library and Display Them with Your Music on Your iPhone, iPod or iPad!

Ok, we’re about to share the greatest little secret: there is an app out there that works with your iTunes library to add lyrics to iTunes for your songs – all of your songs (or at least pretty darned near all). In case you weren’t aware, there is a function that allows you to add lyrics directly to the information associated with each of your songs in iTunes. And you can do it manually (search, find, copy, paste, lather, rinse repeat), but this little app does it for you automatically! We love this app!