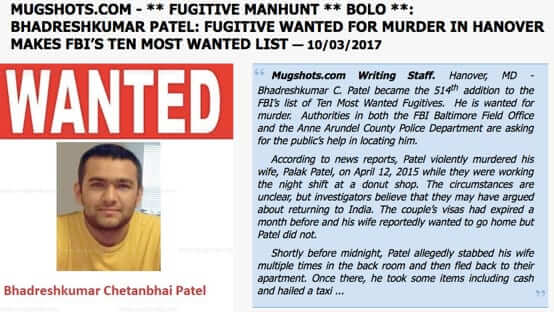 As most of us know, if only from the movies and television, if not from personal experience, when you are arrested, you may have a mugshot taken. And, these mugshots end up in the public record. From there, it turns out, mugshots are ending up all over the Internet and, most relevently, on several websites whose sole purpose is to curate mugshots – and to charge the subjects of those mugshots if they want them removed. This can cause all sorts of problems for people who have ended up on the wrong side of the mugshot camera, as their mugshots are on the Internet even if they have since been found innocent or had the charges dismissed! In this age of routine Internet searches, imagine having that hanging over your head when applying for a job.

Now a class-action lawsuit has been filed by attorney Scott Ciolek, on behalf of two named plaintiffs (Phillip Kaplan and Debra Lashaway), and suing five such mugshot sites – bustedmugshots.com, findmugshots.com, mugshotsonline.com, mugremove.com and justmugshots.com – alleging that such mugshot web sites infringe on the individuals’ “right of publicity”, a right which is intended to protect individuals from unpermitted use of one’s personality.


(Public figures are often found to be exempt from this protection, such as in the now infamous case with Jerry Falwell.)

The lawsuit says that more than 259,000 people in Ohio alone have been posted to the mugshot sites, and that for each of them, in order to have the mugshot removed, they are being required to pay a fee.

“They have to pay these Web sites to remove their photo, which is extortion,” says Ciolek.

The main issue is that, although the mugshots are in the public domain, the sites are crossing the line once they try to earn money off the images.

Explains Ciolek, “They’re not allowed to use the image of these inmates or these people to sell the service of removing these images,” adding that “The real issue of the lawsuit is the money issue. That’s why I’m suing them. It’s about taking the profitability out of this business.”

In the case of each of Lashaway and Kaplan, they had been arrested, then cleared of all charges, but their mugshots remained on the sites, and the sites told them they would have to pay a fee to have them removed. (Some of the sites offer to remove them for free if you demonstrate you were cleared, or the charges dropped, but this requires submitting forms and proof from a government agency, and then is evaluated on a per-case basis.)

Kaplan notes that he has had several calls from people asking if he has seen his picture up there, and ponders how it may be affecting his chances of employment.

Kaplan was arrested for, and later cleared of, “failure to disperse”, which basically means that when the police tell a crowd to move along – to disperse – you didn’t move (or at least not fast enough).

Says Kaplan, “I don’t get a lot of call-backs. One of the first things people do is type a name into Google. I think it’s affected my opportunities at more gainful employment. It affects a lot of peoples’ chances at employment.”

While the case has currently been filed in Ohio, for Ohio residents, attorney Ciolek wants to hear from anybody who has had an issue with a mugshot site (and if this case gains traction, it’s quite possible that it could be removed to Federal court, opening it up to residents of other states).

If you have found yourself on a mugshot site you can contact attorney Scott Ciolek here.