Amazon has just launched its autorip service – Amazon Auto Rip. So just what is Amazon Auto Rip? It’s a bit of a misnomer, as you don’t have to rip anything – the CD is automatically ‘ripped’ for you, which is why it’s called Auto Rip.

Basically, whenever you buy a CD from Amazon, you will also get the digital version, absolutely free. And, that’s not all.


You can get the autorip digital version of your CD for any Amazon Auto-Rip eligible CD that you have puchased in the past 15 years – all the way back to 1998!

Well, it may or may not be a catch, depending, but what we can tell you is that as of the time of this writing, there are more than 37,500 CDs that are auto-rip eligible.

What’s more, Amazon will provide the autorips of previous purchases to you automatically! Says Amazon, “MP3 versions of tracks from CDs purchased from Amazon since 1998 and that are eligible for AutoRip will be delivered to your Cloud Player library. For some albums you purchased in the past, we may have added MP3 versions of some but not all of the tracks on the album, depending on track eligibility for AutoRip. The first time you sign in to Cloud Player for Web after the launch of the AutoRip program you will see a message indicating that the MP3 versions of eligible tracks from your past Amazon CD purchases are being placed into your Cloud Player library.”

And sure enough, check it out:

Sources say that Amazon is offering this service in order to allow them to better compete with Apple’s iTunes, among other online music services. The Amazon Cloud Player will host all of your digital content, in addition to your being able to play it on your iPods and other MP3 players. (Now, if only Amazon would do this for books, as well!)

So check it out – you can find out which CDs are eligible for Amazon Auto-Rip here.

People also searched for auto rip amazon, is auto rip on amazon in addition the the actual cd?

Amazon Threatens Me with Termination of My Top Reviewer Status for No Real Reason
Amazon Prime Music Service: Unlimited Streaming Music and Unlimited Skips
Complete List of Amazon Echo Commands that can Trigger an IFTTT Recipe
Amazon Echo Explained - and How to Sign Up for Amazon Echo
Get a Free Trial of Amazon Prime with this Free Amazon Prime Membership Offer!
Amazon Unlimited Photo Storage Service only $11.99 per Year - Free with Prime
Amazon Kindle Kiosk Coming to Airports and Malls
Here's what Amazon is Recording and Storing for Their Use When You Talk to Alexa on your Amazon Echo... 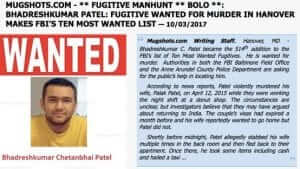 Mugshot Sites Sued for Charging for Removal of Mugshots