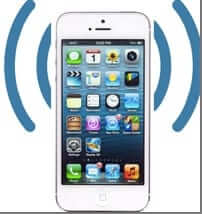 Apple iBeacon is a way for stores (any store, not just Apple stores) to push advertisements to you once you are inside the store, using Bluetooth technology. So, when you are inside a department store, for example, in the shoe department, the store might use iBeacon to push an advertisement to your phone saying that they have a sale going on in the sock aisle.

What’s more, it is already built into every recent Apple iDevice.

In addition, not only can any recent Apple device be tracked, but any recent iDevice – such as an iPhone or iPad – can be an iBeacon transmitter, so long as it is running iOS 7 or higher.

Apple says that iBeacon technology offers “a whole new level of micro-location awareness, such as trail markers in a park, exhibits in a museum, or product displays in stores.”

Of course it isn’t just retailers who are using the Apple iBeacon technology, as Apple suggests above. In fact, Major League Baseball (MLB) is already using it with their MLB at the Ballpark app, which will send you location-specific information and offers, depending on where you are in the stadium. 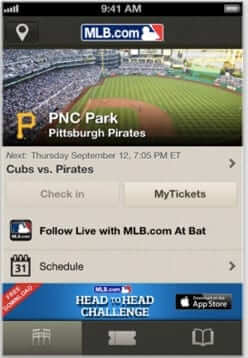 The fact that so many retailers already use iPads and iPhones in their stores, coupled with the fact that any newer iPhone or iPad can transmit the iBeacons, means that with just a little push, we can expect to have iBeacon transmitters turned on all over the place. All it will take is just a little education from Apple.

Of course, this isn’t the first time that Bluetooth has been used to push advertising to nearby smartphones. Several years ago movie theatres were Bluetoothing promitions to movie goers, and in fact it led to several terms for the practice, including Bluecasting and Bluespamming.

Taming Apple Watch Notifications and Alerts
iPhone Photos Disappear and Reappear in Photo.app with Restoring Message
How to Disable Command-Q to Stop it from Closing Your Apps on Your Mac
Getting Calendar Invitation Spam on Your Apple Device? Here's How to Stop It
Save Money with Our List of the Best Free Streaming Services
How Taylor Swift Brought Apple to Their Knees
Warning: iTunes Gift Cards Can Only be Used in the Country in Which They Were Purchased
How to Make Your Mac Stop Using Your iPhone Keyboard Shortcuts
Share the knowledge