Online computer extortion and blackmail is nothing new. You may have heard about big companies being extorted for hundreds of thousands of dollars, or even more, in order to keep their companies from being blackmailed over something, and being brought down by a DDOS, or having some scandal (either real or fabricated) made public. Some such activity comes in the form of ransomware (where your files get locked or wiped and then you have to pay to be able to access them and get them back), and some comes in the form of plain old blackmail, such as the example below.

Online blackmail and extortion is nothing new. We’ve been writing about it for well over a decade, and it’s even older than that. You may recall that a couple of years ago Hollywood Presbyterian hospital paid $17,000 to have their file system unlocked. Other examples are the Archiveus ransomware trojan, and Ransom-A. One of the first known ransomware Trojans happened back in 2005, when authorities warned of a new virus that held your files for ransom until you paid up.


In any event, the success, for the blackmailer, of things like the Hollywood hospital ransomware attack no doubt emboldened lots of other criminals and would be criminals, which leads us to the below extortion attempt, which was received by a staff member over the weekend.

Note that even were the email believable (which it isn’t), our staff member assures us that she was not ‘playing with her stuff’ in front of her laptop, and even if she were, her laptop camera is always covered by one of these: 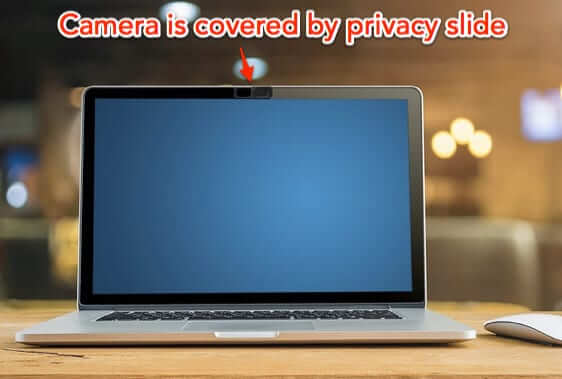 Hope you actually do not really mind my language grammar, considering that i am from Indonesia. I infected your gadget with a trojan and im in possession of all of your personal data out of your operating-system.

It was installed on a mature web site and after that you’ve picked the online video and clicked on it, my application immediately got into your computer.

Then simply, your front-camera captured you playing with your stuff, besides i caught a video that you have viewed.

After some time in addition, it pulled out every one of your device contact list. If you ever want me to erase your all that i currently have – give me 820 dollars in bitcoin it’s a cryptocurrency. Its my btc account address : 1EgVM7XxsAW74NUXH9FcxTWSthbtVz2Kjt

At this point you have 26 hours. to make a decision The minute i will receive the transfer i am going to get rid of this movie and everything entirely. In any other case, please be certain that this footage is going to be submitted to all of your friends.

The Netflix Text Message Scam
New SMS Bank Phishing Scam Uses Hacked Holiday Inn Phone Numbers
Warning: Do NOT Click on Text Message "FRM: Account Service"!
What is Neighbor Spoofing, Why People Fall for It and How to Thwart It
How to Identify and Recognize an Online Dating Site Scammer
MP3 Email Spam Newest Tactic of Pump and Dump Stock Scammers - First Up: Text4Cars.com by Exit Only
About All Those She's Gone Ads on Facebook
Talking Angela Facebook Message is a Hoax But There are Real Concerns
5shares

One thought on “An Example of an Internet Extortion Email”