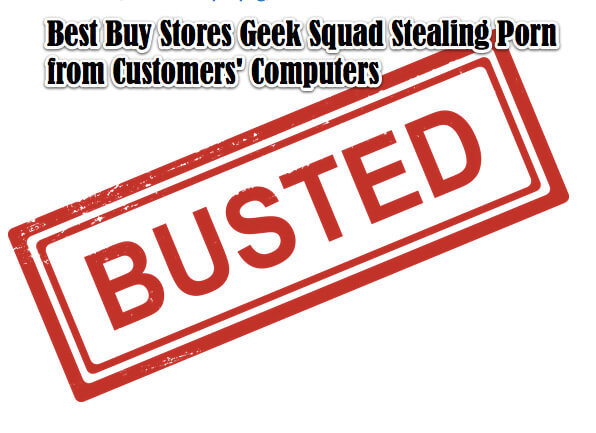 We took it to less than a dozen Best Buy Geek Squads and asked them to perform simple tasks, like installing iTunes. Most places were fine, sometimes doing the job right on the counter, sometimes even for free.

The moral here is probably “don’t bring your computer in for service if you have files on it that you consider sensitive or private,” although of course there is (and we should be able to have) an expectation of privacy when you bring your computer in for service. (Of course the latter does not hold if you have child pornography on your hard drive, in which case the technician may be required by law to turn you in (although that didn’t stop some folks from getting up in arms when a computer technician at the Quidnunc computer repair shop in Seattle turned in a customer for exactly that reason).

The Hot Question of the Month is “Can I Tether My Laptop with an iPhone?”, and the Answer is…