The Sidekick 3’s swivel screen is held in place by a magnet. An incredibly strong magnet. In fact, it turns out, a magnet strong enough to wipe all your credit card or other magnetic strip card data in under a second.

Don’t believe it? We have the pictures to prove it.

It all started when one of us picked up our Sidekick 3 out of our bag, and found a pen clinging to the edge of it. We thought that a bit odd and wondered if the pen was magnetized. It wasn’t. Could it be the Sidekick?

To test this, we held other metal objects up to the Sidekick, and sure enough, they stuck to it as if to… well… a magnet. We then replicated it with a second Sidekick.


So we investigated further.

Now, if you’ve ever given a thought to how the Sidekick is able to do that cool flippy thing with its screen, well, you may have assumed, or even found, the magnet.

But I’ll bet that you never in a million years imagined that they would have used a magnet strong enough to do damage.

Well, here it is. The magnet which holds the screen closed when you shut the Sidekick 3 is at the top of the back, in the middle. In this picture it looks like a long slender hole in the middle of the top edge above the “T Mobile”, but that is actually the magnet: 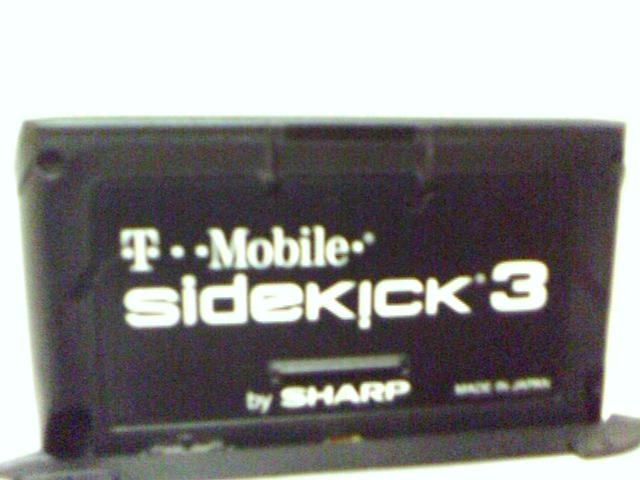 When the screen is open, the magnet is strong enough to fully suspend a regular table knife: 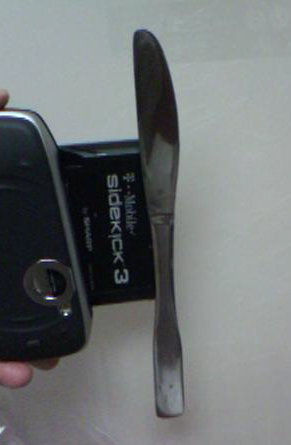 Even with the screen closed, the magnet is strong enough to suspend a fork: 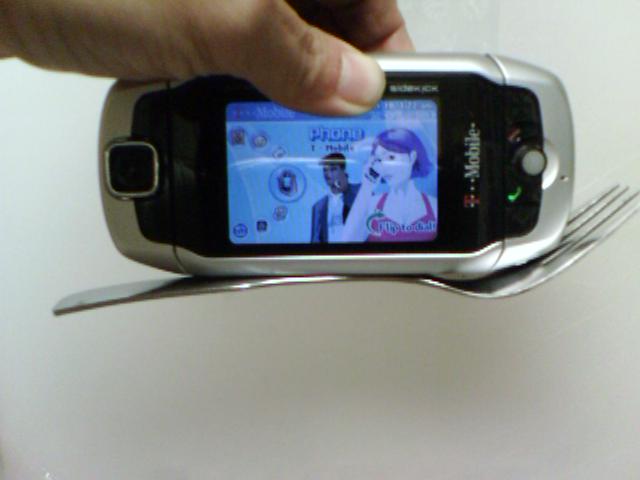 Of course, most people don’t carry forks or table knives in their pockets or purses, and those few that do probably don’t care if they are exposed to a magnet.

But what do lots of people carry in their pockets and purses? That they definitely don’t want exposed to magnets?

Credit cards. Work badges. Drivers’ licenses. And anything else with a magnetic data strip on the back.

Well, as it happens, we have a credit card terminal at the office. And so we decided to really test just how much damage this thing could do to a credit card.

We took a cancelled card that someone happened to have laying around. First we swiped it through the terminal to demonstrate that there really was data on the card. As expected, when we tried to run a charge, we got an “invalid card #” error (because the card was expired – what, you think we’re going to sacrifice someone’s live card?). But the point is, it was able to read the card number from the data strip on the card: 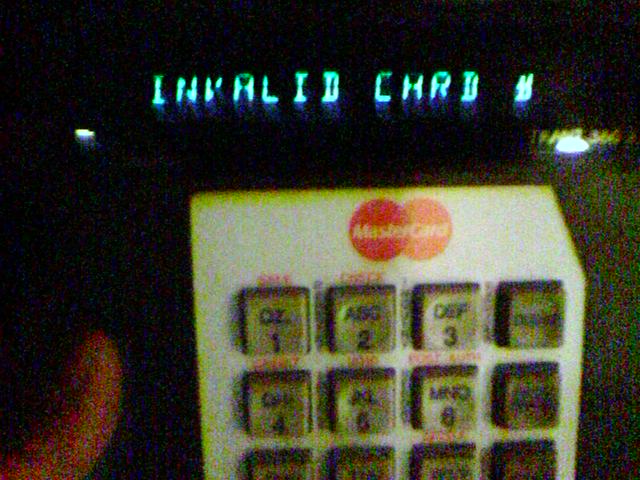 Then, we exposed the card to the closed Sidekick 3 – much like would happen if you had them together in your pocket – but we exposed it for less than a second: 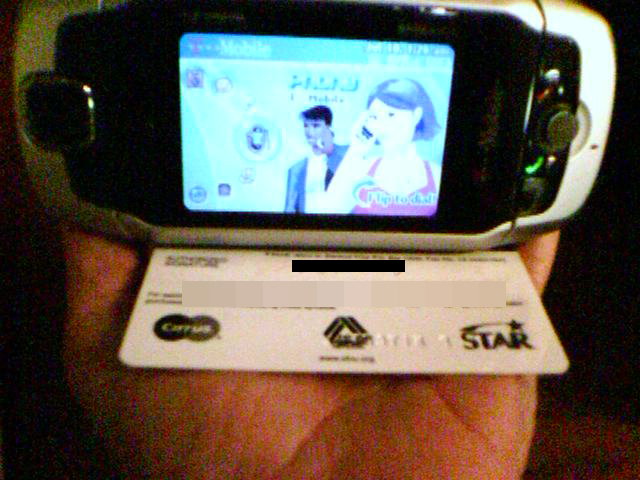 After exposing the card, we swiped it through the terminal again. Nothing. Zip. Nada. The terminal didn’t recognize it at all – it had no idea that we’d swiped a card through it (the same card it had read moments before). It just continued to expectantly flash its “I’m ready for you to do something” signal. Because all the data had been wiped off. By a split-second’s exposure to the Sidekick 3. The closed Sidekick 3. 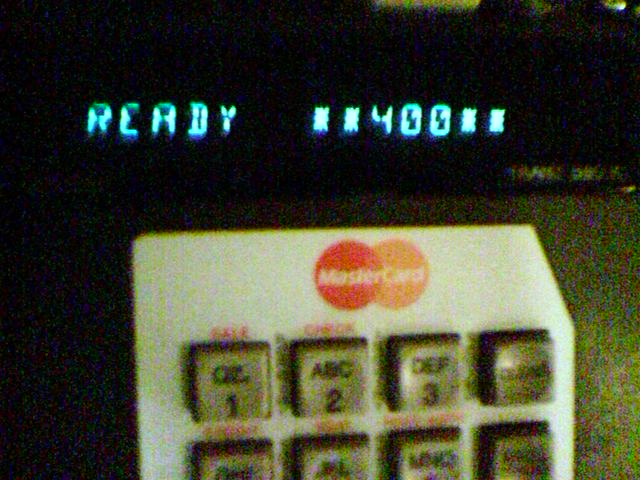 Let me repeat that:

All of the data on the credit card had been erased by a split second exposure to the Sidekick 3!

This so frustrated and outraged us that we all vowed to ditch the Sidekick 3s and go out and get Treos.

After our replacement credit cards arrive, of course.

Ok, not really. We still love our Sidekick 3, and you will too! And right now you can get a Sidekick 3, plus service, with a 30-day money back guarantee, from Amazon! Check it out here!

46 thoughts on “Sidekick 3 Warning: Sidekick 3’s Magnet Will Erase Your Credit Card in Under a Second”

Number of people who have enjoyed this article: 39,132