The Zeon portable DVD player with integrated iPod video dock from iLuv is one hot new device, and they make fantastic Christmas gifts! This portable DVD player with integrated video iPod dock (also misleadingly called the “jWin iLuv Portable Tablet Video System for Apple iPod Video”) is the easiest way on the planet to watch all those video podcasts and television shows you’ve downloaded from the Internet to your video iPod (while traveling, or even at home or work), without developing a permasquint! And with a 7″ video screen, built-in speakers, viewing stand, and remote, it’s also a full on portable DVD player, all in one compact 10″ x 6″ package! Yes, you really can take it with you!

I first saw one of these babies at Best Buy, and it was love at first sight! The Zeon DVD player slash iPod video dock is a simple, straight forward, tablet-style DVD player, that also allows you to dock your video iPod in the back of it so that you can watch your videos on its 7″ video screen. How brilliant is that? How do they achieve all of that functionality in such a small package? Well, the screen is on the face of the unit (hence “tablet-style”), and the screen itself pops open like the lid of a DVD player, to allow you to pop a DVD in. Brilliant! Want to watch the Comedy Central shows, or episodes of Law & Order, Desparate Housewives, or the Office downloaded to your video iPod? Dock your video iPod into the dock in the back, and watch all of your downloaded video podcasts and shows on the Zeon’s big screen! 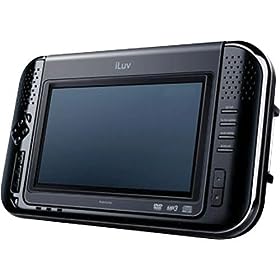 The Zeon will run for about 2.5 to 3 hours using its own built-in rechargable battery, and when plugged in, it will also recharge your docked iPod video!

Here’s a representative review of the Zeon:

“I have had it for a few weeks, and I love it. Most of the time, it sits on my desk at work and I use it (rather than Itunes) to play music from my 30gig video iPod. The construction is solid, I have played a few DVD and one vcd That I made – and all ran fine. One nifty feature is the ability for it to simulate surround sound for different music types. One of the other reviewers lamented about poor video quality when using an iPod as the source. For those who were not aware of it, iTunes used to put out very shoddy videos, well under acceptable bitrate. About a month ago, this seems to have been resolved after all the complaints. You may have noticed the much bigger video files for TV shows for example. This is due to a higher bitrate (translation: Better quality) video. Just prior to writing this review, I tested an older video and a new one from last week with the new Higher bitrate. It made a huge difference in the quality of image on the device. If you are burning DVD to files for use, make sure to use a good bitrate, and you won’t be disappointed. DVDs and CDs are very good. The device also will play burned disks of MP3 and WMA.”

Note that I have seen one (and only one) negative review of this device, but it was from months ago, and they dissed the Zeon based on what they thought was poor video playback with the iPod video, however the above review certainly explains that the problem was more the encoding of the video, which has been improved in recent months.

I certainly think that it’s a fabulous device, and the only one of its kind on the market today!

Just in time for Christmas, and let me tell you that it is one awesome Christmas present for just about anyone on your list!

(P.S. Amazon appears to be closing out the same unit, only without the iPod video docking functionality, for only $114.99, with free shipping! So if you are sure you will never want to add that video iPod, here’s the link! Buy the 7″ Widescreen Portable Tablet DVD Player without integrated iPod video dock for only $114.99!

The Best Internet Valentines Card Sites - Funny Valentines, Tumblr Valentines, and Valentines Memes
Songza Dead - was New Songza App Offers Amazing Playlists of Popular Tunes, Giving Pandora a Run for...
Why You Want to Use the Starbucks App Instead of Your Starbucks Card
How to Automatically Reset Your Router or Modem Once a Day
How to Connect Zooka Wireless Bluetooth Speakers - and a Review
Netflix 'Watch Instantly' Not Working with Your iPad? Here's How to Fix It
Bitcoins ("BTC") and Bitcoin Mining Explained in Plain English
Pizza Rat an Internet Sensation

A Review and Comparison of the Sidekick versus the Treo v. the Cingular 8125 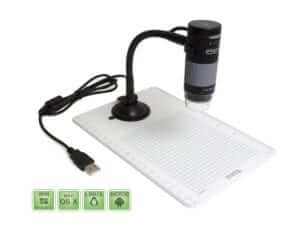