Yesterday’s announcement by Apple that the music of the Beatles was finally available on iTunes brought cheers around the world (along with a few “So what?”s, it has to be said). And, it isn’t just a smattering of Beatles tunes – it is all of the Beatles music – every last bit of it. You can buy the albums individually, or in a compilation Box Set. Plus there is an exclusive “iTunes only” video of the Beatles’ very first U.S. concert, Live at the Washington Coliseum, 1964, (which you can watch for free through the end of the year)! Maybe now, at least, we will get that Beatles iPod, which has been rumoured for nearly 4 years.

Sir Paul McCartney seemed fairly well pleased by the event, saying that “We’re really excited to bring the Beatles’ music to iTunes. It’s fantastic to see the songs we originally released on vinyl receive as much love in the digital world as they did the first time around.”

Ringo Starr was somewhat less gushy, stating that “I am particularly glad to no longer be asked when the Beatles are coming to iTunes.”

But Apple CEO Steve Jobs seemed over the moon at finally resolving the various lawsuits between the two Apples, and getting his beloved Beatles into iTunes.


“We love the Beatles and are honored and thrilled to welcome them to iTunes. It has been a long and winding road to get here. Thanks to the Beatles and EMI, we are now,” said Jobs.

The albums each include an “iTunes LP”, which “create an immersive album experience with a beautiful design and expanded visual features including a unique mini-documentary about the creation of each album.”

In addition, there is the compilation Box Set which includes all 13 remastered studio albums, with the related iTunes LPs, and all of the mini-documentaries. The Box Set also includes Past Masters and the exclusive “Live at the Washington Coliseum, 1964” concert film, which Apple says is “a worldwide iTunes exclusive which captures the Beatles’ very first US concert in its entirety.”

The iTunes Beatles Box Set sells for $149.00, which may seem kind of steep, but if you were to buy each of the albums separately it would cost you $235.84, and wouldn’t include the video (for whatever that’s worth).

As of the time of this writing, over 500 people have bought (or at least reviewed) the Box Set since it was released on iTunes just 24 hours ago.

In case you are pinching yourself, and can’t believe it, here from our own computer are the iTunes Beatles listings. 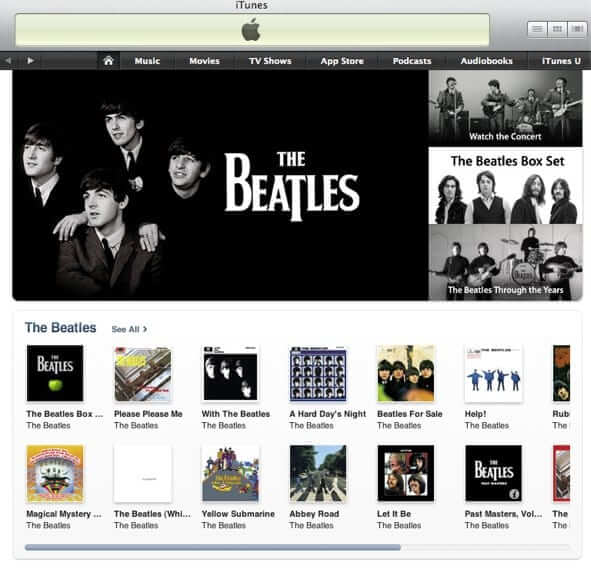 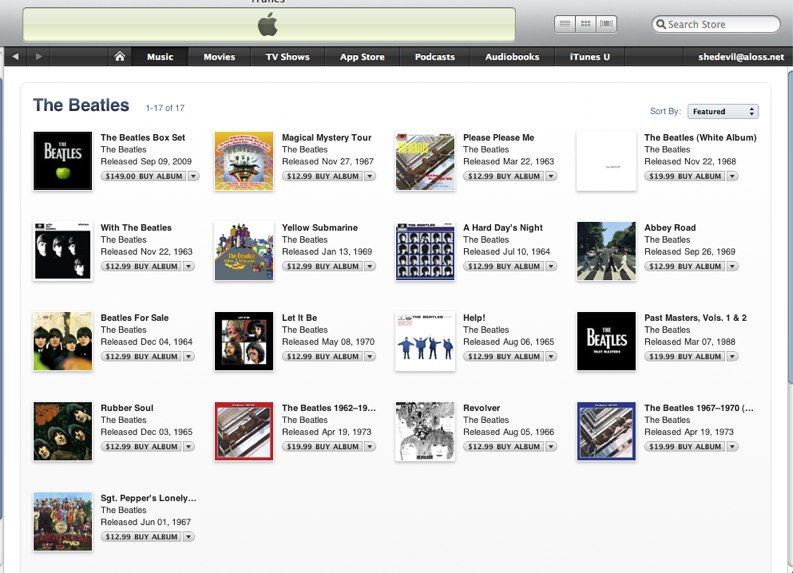 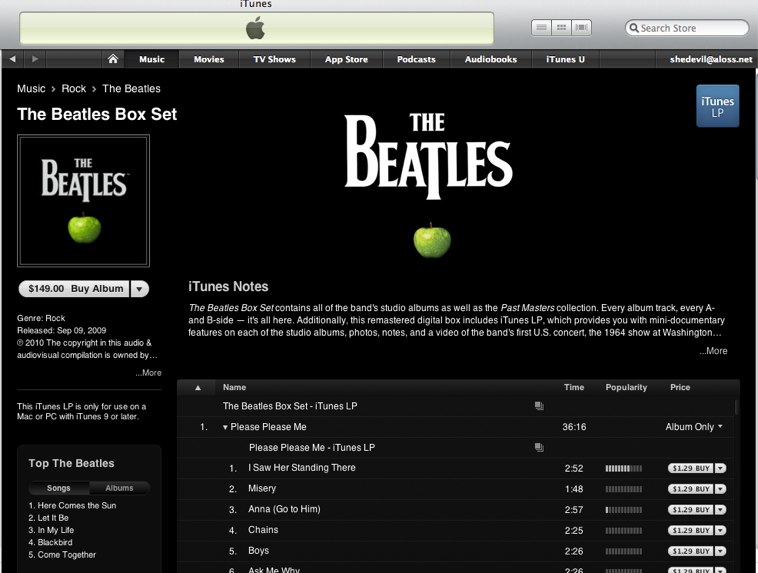 You can [Page no longer available – we have linked to the archive.org version instead].

Cellular Phone Charger Powered by Hamster and Wheel
Google Captures and Publishes Pic of Woman Urinating in Public
No Warrant Necessary for Law Enforcement to Access Data Stored in the Cloud
How to Search Online for Apps in the iTunes Store
Facebook Runs Newspaper Ad in UK Telling People How to Spot Fake News (Full Text of Advertisement H...
How to Delete Messages Now that iMessage Doesn't Have X to Delete Message in Big Sur
All the Facts and Full Text of United Airlines Apology as Removal Video Goes Viral around the World
How to Block Someone on Your iPhone and Do They Know When You Block Them?
Share the knowledge

Number of people who have enjoyed this article: 3,644