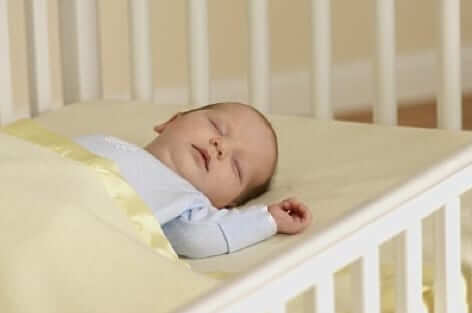 A few weeks ago a Texas nanny was shocked to hear a strange man’s voice coming out of the baby monitor, as she changed her young charge’s diaper. “That’s a really poopy diaper,” the voice said. The man had hacked into the video baby monitor, moving the baby monitor webcam around and spying on the baby.

And this was by no means an isolated incident.

As NBC News reported, last year an Ohio couple woke to the sounds of a man screaming at their 10-month old baby daughter “Wake up, baby!”

And in yet another incident, a hacker yelled at the baby by name, as her name was emblazoned on her wall. “Wake up Allyson, you little slut,” the infant’s horrified father overheard. (Fortunately little Allyson did not hear it, as she is hearing impaired.)

How are these hackers able to hack into these baby monitors? Primarily it’s because parents put baby monitor web cams online, so that they can monitor what is going on when they are out of the house, and they are not changing the default password that came with the baby monitor.

Guess what? Hackers know what those default passwords are!

While the reports are primarily about parents who are using the Foscam video baby monitors, the issue isn’t the brand, so much as the consumers not changing that password.

As Foscam itself explains, in an article in Computeworld, “Updating firmware is extremely important, especially if the devices in question are more than six months old,” explaining that in one instance the camera was “a three-year-old model and needed a firmware update,” and adding that “being hacked is not exclusive to Foscam. All devices connected to the Internet run the risk of being hacked.”

So, yes, hacking video baby monitor webcams is a thing, but it is within the parents’ control to thwart it: change the default password on your baby monitor!

Free Email Privacy and Security Tester
Target CEO Admits that Target Knew of Breach 4 Days Before Disclosing It
Your Roomba May be Mapping Your Home and Sharing Your Home Map
Wondering What the Hell is the Internet of Things? We Explain
RFID Chips in Your Credit Card: Electronic Pickpocketing - True of False?
How to Install the Apple Security Update on Jailbroken Phones
Move Over White Collar and Blue Collar - the New Jobs in Town are 'New Collar'
If You Get a Notice from GoDaddy that They are Suspending an Email Address DON'T Click on It!
Share the knowledge

Number of people who have enjoyed this article: 2,048