It all started when one Christopher Soghoian filed a Freedom of Information request under the Freedom of Information Act (FOIA). Soghoian’s request was regarding how much the United States Marshals Service (USMS) had paid to various ISPs for the processing of requests for legal evidence pursuant to investigations or pending legal cases. In other words, how much had the USMS paid in administrative and processing fees to the various ISPs that had fulfilled those requests?


You see, Yahoo, like many other companies, has various manuals and other material which document and govern all manner of processes (think employee manuals, HR manuals, press kits, etc.), including a “Compliance Guide for Law Enforcement” document. Yahoo’s Compliance Guide for Law Enforcement is a 17-page document which outlines what they require before they will turn over a user’s information to law enforcement (court orders, subpoenas, etc.), what sort of user information Yahoo retains (if at all) and for how long, and, in a tiny section taking up not more than one third of one page, comprising about 15 lines total, a listing of the adminstrative fees associated with having to compile the various types of information pursuant to a valid law enforcement request.

Yahoo had, in the ordinary course of business, provided a copy of their Compliance Guide for Law Enforcement guidelines to the U.S. Marshals Service. When Yahoo learned of the Freedom of Information request that Soghoian had made to the U.S. Marshals Service, they sent the USMS a letter, in which Yahoo opined that their Compliance Guide for Law Enforcement did not fall within the parameters of Soghoian’s request, because the request was “What had the USMS paid”, not for a price list of possible fees from the ISPs – much like how asking someone what they had paid for a restaurant meal would not be the same as asking to see the menu. That argument may or may not have held water, as it seems that Soghoian’s request may have included a request for any ISP law enforcement compliance price lists that the USMS had in its possession.

Of course, it made not a whit of difference, because Yahoo’s objection letter itself made it to Soghoian and out to the Internet, where publications such as Wired covered the story and suggested that any readers who might have a copy of the elusive Yahoo Compliance Guide for Law Enforcement could send it to them anonymously.

Shortly thereafter, a copy of Yahoo’s Compliance Guide for Law Enforcement made its way into the hands of John Young and his Cryptome, where it was published for all the world to see, and from there it was a short leap before Cryptome, Wired, and all other manner of Internet observers had perverted the story into a “Yahoo will spy on their users and sell their information” brouhaha.

Ironically, further down in their own article, Wired ‘exposes’ that “The Compliance Guide reveals, for example, that Yahoo does not retain a copy of e-mails that an account holder sends unless that customer sets up the account to store those e-mails. Yahoo also cannot search for or produce deleted e-mails once they’ve been removed from a user’s trash file,” and that “The contents of accounts on Flickr, which Yahoo also owns, are purged as soon as a user deactivates the account.” {Emphasis added by TIP}

Clearly, if Yahoo is spying on their users, they are pretty inept in how they are going about it.

Wired also unearthed the shocking fact that “Chats conducted through the company’s Web Messenger service may be saved on Yahoo’s server if one of the parties in the correspondence set up their account to archive chats.” {Well, duh.}

There is, as we say in the biz, no there there.

For his part, John Young has refused to comply with a DMCA request by Yahoo to take down the copy of the Yahoo Compliance Guide for Law Enforcement that he put up on Cryptome.org, because, Young claims, Yahoo does not have a copyright on their own work product because there is no copyright notice on the document.

Myth: “If it doesn’t have a copyright notice, it’s not copyrighted.”

This was true in the past, but today almost all major nations follow the Berne copyright convention. For example, in the USA, almost everything created privately and originally after April 1, 1989 is copyrighted and protected whether it has a notice or not. The default you should assume for other people’s works is that they are copyrighted and may not be copied unless you know otherwise. There are some old works that lost protection without notice, but frankly you should not risk it unless you know for sure.

Massive High School Sexting Ring of 100-plus High Schoolers and Middle Schoolers Busted in Colorado
Apple: It Seems Disagreeing with DOJ Means You Must be Evil and anti-American
Latest in Apple FBI iPhone Wranglings: Just 1 Phone Turns Out to Already be at least 12 Phones (plus...
National Online Sex Offender Registry Opens for Business
Do You Still Have to Follow GDPR after Brexit if You are in the UK? Yes
How to Browse LinkedIn Privately and Anonymously
Woman Wins $10,000 from Microsoft Over Unauthorized Windows 10 Upgrade
The Aereo Supreme Court Decision in Plain English

How to Get Caught After Stealing a Cell Phone 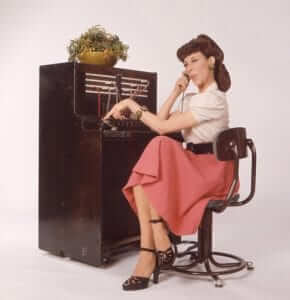