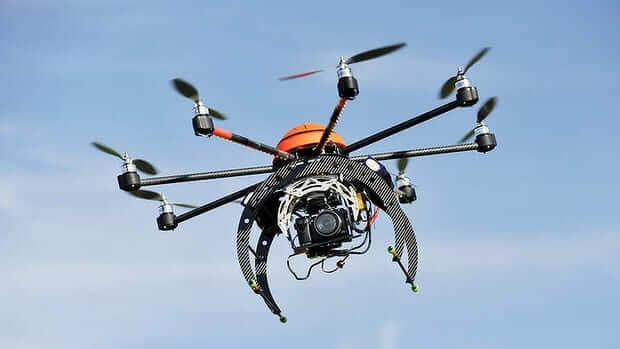 Facebook drones.  If those two words strike terror into your heart as you envision the loss of all privacy, you probably don’t need to be afraid.  Nevertheless, Facebook drones may become a reality as the company looks to gain its next billion users.

While Amazon drones could be delivering your packages sometime in the future, Facebook drones might be delivering your internet.  Well, probably not YOUR internet seeing as you must already have internet access in order to be reading this.  But for the billions of people worldwide who don’t have internet access, Facebook drones may be able to fill in that void.

Reportedly, Facebook is in talks to buy drone manufacturer Titan Aerospace for just a small fraction of what it paid for its recent purchase of WhatsApp.  If the reports are true, the $19 billion app purchase begins to make more sense.

Here’s how this all fits together, at least theoretically seeing as no one is willing to officially speak about the rumors.  As many as 11,000 Titan drones could hover over remote areas where internet access is spotty to non-existent.  These drones do not need refueling and would remain in the tropopause, basically the highest part of the atmosphere before entering “outer space.”  This would keep the drones out of the path of airlines and would also be high enough to be beyond FAA and other governmental regulations.

While the drones would function relatively the same way that communication satellites do, they would be much cheaper, able to land and be repaired in the event of a malfunction, and could easily be repositioned should the need arise due to changing demographics or theoretically even weather disturbances.  The project is similar to Google’s Project Loon except a drone fleet is so much cooler than a bunch of weather balloons.

So, back to how this might make that $19 billion WhatsApp purchase more reasonable?  For starters, Facebook would control the internet in places that it provided access to.  If Facebook was your homepage by default because your internet is based on a Facebook platform, that’s probably going to create some new users.  Likewise, once WhatsApp is somehow integrated into it, it could easily become the dominant system of communication in parts of the world that are being connected via the Facebook drones.

The other thing is that while this technology is great, it is better suited to low bandwidth applications such as Facebook or WhatsApp.  It’s unlikely to be able to provide movie streaming, but updating your Facebook status to say that your village just got running water, that’ll be just fine.  And yes, it might be a touch of an exaggeration, but theoretically it will be easier to provide internet access to remote places than it is to provide clean water.

While Facebook drones are probably some time off and rest assured the government(s) will do all they can to regulate them, this is one way that the company looks to reach the next billion users.  That will be a billion more people with internet access, all through Facebook’s yet to be created internet service.  Facebook might be taking over the world with drones, but it doesn’t look like a single shot will be fired.

How to Find Birthdays in the Facebook Mobile App
Lawsuit against Facebook for Tracking of Logged Out Users: Update on Perrin Davis v Facebook 17-1748...
If You're Not Checking Your Facebook Filtered Folder You're Missing Messages
Facebook Paper - Facebook Reinvents the Facebook App Again
How to Live Life Online When You Have To
Facebook's New "See First" Gives You Control Over Who You See on Your News Feed
Wondering What are FANG Stocks? We Explain (Hint: They Should Now Be Called FANA Stocks)
Facebook Goes Down
Share the knowledge

Number of people who have enjoyed this article: 2,011