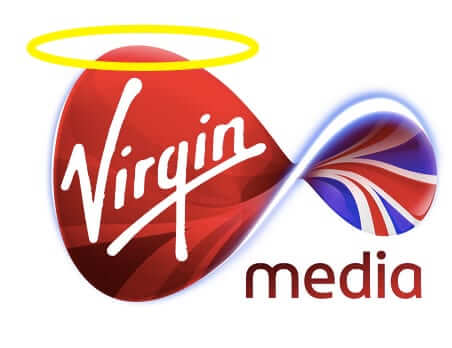 Who says that behemoth corporations are heartless? Virgin Media had eleven engineers work for three days straight, just to find a single voicemail that 68-year-old Stan Beaton had thought he’d lost forever. It was the outgoing message recorded by his beloved wife Ruby, who died from cancer in 2003. Stan Beaton had kept wife Ruby Beaton’s outgoing voice message for all those years, listening to it himself on occassion, when a change in the Virgin Media voicemail system caused it to be deleted.

“I’ve always resisted changing companies because whenever I mentioned that my wife’s voice was our voicemail message and would it be retained and each company said no,” explained Stan, in an interview with the BBC, “so that’s why I never changed.”

Adds Beaton, “Basically it came to the point when if I felt low then I would listen to it.”

But then Virgin Media itself caused the voicemail message to be deleted – or otherwise to vanish – during a change in the system.

Says Beaton, of the mishap, “In December I learned that it had disappeared. I just could not tell people how it affected me at that time. It really did devastate me,” adding that “I was absolutely devastated by it, but also extremely angry.”

Beaton contacted Virgin, but must have imagined it would be to no avail.

Instead, however, unbeknownst to him, Virgin dedicated eleven engineers, who spent three days trying to retrieve the lost voicemail. And…success!

Explains Rob Evans, Executive Director of Engineering for Virgin Media, “The chances of its recovery were slim,” saying that it was “like searching for a needle in a haystack.”

But find it they did, on that third day, and, says Evans, “The next morning we called Stan to deliver the good news.”

Stan Beaton, as one might imagine, was overwhelmed, telling the BBC that “It’s just a wonderful, wonderful sound that I thought was lost forever. I’m staggered at the lengths they have gone to.”

You can Listen to Stan Beaton’s voicemail message of his late wife Ruby here.

Bruce Springsteen Offers Free Download of Live Chicago Concert Because of East Coast Blizzard
Facebook Service WhatsApp Fined $267million for GDPR Violations
What are All Those Lights Up in the Sky in Perfect Formation?
WhatsApp Users Leaving for WhatsApp Alternatives in Droves Following Facebook Acquisition
Argentina Prez sends Tweet Mocking Chinese Pronunciation of Letter R While on Diplomatic Visit to Ch...
Facetime with Your Plants! (And Water Them from Anywhere)
Worldwide GPS System Reset Tonight Could Spell Trouble for Countless Devices and Systems
Criminal Uses Google Maps to Steal Roofs Off Buildings
Share the knowledge