Usually ones thinks of the Internet as encouraging you to sit at your computer for hours on end, turning into an amorphous, overweight, lazy blob of jelly, much like the adults in the movie “Wall-E”. But not so if one has the FitBit Wireless Activity Tracker (get that? Activity Tracker, not just a pedometer) – and particularly if one also pairs it with the FitBit Aria Wireless Scale. In fact, with these two devices together, you basically have an Internet personal trainer – one that, with apologies to the Police, is with you every step you take and every move you make. In fact, it will even monitor your sleep patterns for you, if you like!

I have had my FitBit for a week now, and added the Aria scale two days ago. WOW, is all that I can say. These things really work, and they really encourage you to reach for the next level (whether that level is number of steps that you take in a day, number of stairs you climb, the amount of calories you burn, or what you weigh or your percentage of body fat.

Yes, the combination of the FitBit and the scale monitors all of that, and more.

And it all is laid out for you on an easy-to-navigate dashboard, using the Internet and the FitBit’s and Aria scale’s wifi connections.

The combination of the FitBit (which works like a pedometer, but measures oh-so-much more) tracking and uploading your steps, stair climbing, calories burned, and miles walked/run, along with the Aria scale tracking and uploading your weight and body fat percentage every time you get on the scale, is one of the most powerful motivators that I have seen in quite a while. And a motivator in a positive way, with positive reinforcement.

There is so much material out there about the FitBit, and Aria scale, because they can do so much, that I am not going to try to cover everything – but here are the basics (with links to read more, and also to order them if you want to):

The FitBit is about the size of your thumb – that is if your thumb is the same size as mine (I am a petite woman). It clips on to your clothing – pretty much anywhere you want it – during the day, and at night, if you want it to track your sleep patterns, you can wear it on a special soft bracelet that comes with the FitBit.

It also comes with a tiny docking stand that connects to your computer via USB, however you don’t need to dock the FitBit in order for it to upload your stats, you only need to come within 15 feet of the dock (the dock does, however, need to be connected to your computer; the dock is the conduit through which the FitBit uploads your data.)

The scale actually connects to your wifi, and doesn’t need a dock at all. It is also a very elegant scale, with a decent sized platform (much nicer, wider, and more stable than the digital Elgin scale it replaced)! And you can even set up up to 7 additional accounts with the scale to allow up to 7 family members to also track their weight (If someone gets on without being set up, it just notes it as a ‘guest’).

The scale is available in black or white, and the FitBit Activity Tracker is black, with a choice of either a blue or magenta (“Plum”) trim.

That’s pretty much all there is to it. You clip your FitBit on to your clothing, and off you go. In fact, you can forget about it, but you won’t want to. That’s because the display is very cool. Hit the tiny button on the front of the FitBit, and it will show you the time. Hit it again, and it shows you how many steps you have taken so far that day. Another tap and it lets you know how far you have walked (in miles or kilometers, your choice) so far that day. Then successive taps tell you how many calories you’ve burned, how many sets of stairs you’ve climbed and, lastly, your progress for the day is represented in a display of a little flower whose stem gets longer the more you do.

Oh yes, the FitBit will also give you cute little motivational messages whenever you pick it up, such as “Walk Me”, and “Vamos”. That said, I rarely see the messages, because I hardly ever take this thing off (it only does it when it senses that you are picking it up from being stationary, such as on a table or such).

But the real magic is in the integration with the dashboard on the FitBit site (there is also a free FitBit app for your smartphone) – the graphs and charts and all sorts of other things into which the FitBit system massages your data that is being uploaded.

With this, you can see at a glance exactly what your progress has been over the day, week, month, or year. 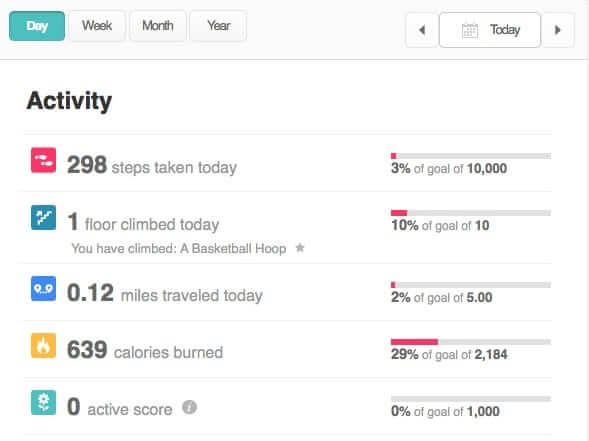 You can also track your weight (which is uploaded by the Aria scale): 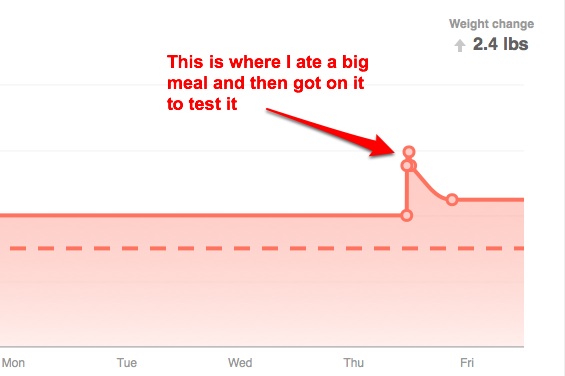 And, if you sleep with the FitBit on, you can also track your sleep: 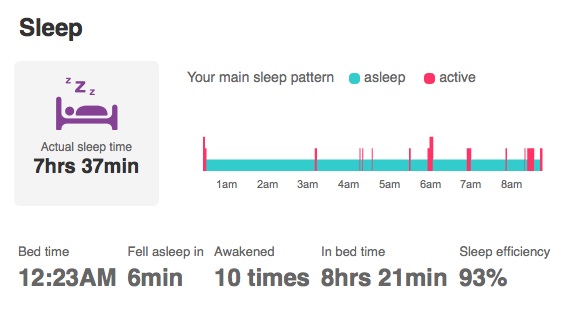 So far, I have been extremely pleased with (and very interested in) the information which this setup provides to me. It has been pretty eye-opening, as well. Learning how many steps you take in a day, how many calories you burn, and how far you have walked – every day – makes one much more aware of just how active one is (or isn’t).

Plus, the FitBit system provides you with these reminders and incentives: 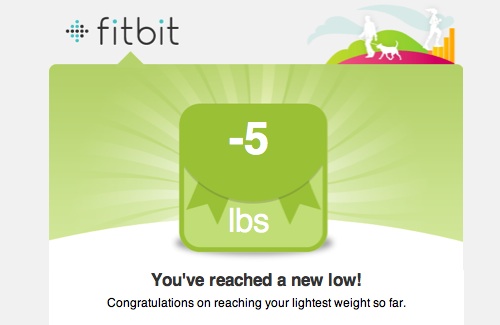 The FitBit costs just under $100, and the Aria scale just over $100. So for about $200 – or the price of two months gym membership, sans personal trainer – you too can have an Internet personal trainer looking over your shoulder, tracking your every move.

You can read more about both the FitBit and the Aria scale, including thousands of reviews, on Amazon:

BugMeNot Provides Free Passwords to Sites Requiring Registration to Read Free Content
Control Your Car Over the Internet with the Internet Controlled Car!
The Best Internet Valentines Card Sites - Funny Valentines, Tumblr Valentines, and Valentines Memes
Create eBooks to Take Along on Your iPod!
Feastly Lets People Who Like to Cook Share with Those Who Like to Eat
Best Portable Emergency Weather Alert Radio? Your Phone!
How To Sell on Social Media by Turning Followers Into Customers
The Dog Gadgets Available Online that You Never Knew You Needed
Share the knowledge