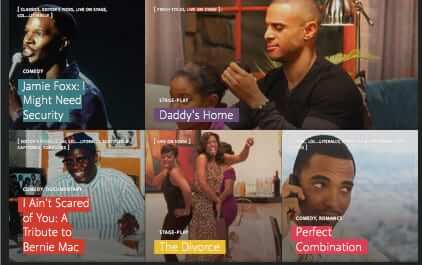 First announced in November of 2014, the so-called black Netflix will “feature urban-themed movies as an alternative to conventional subscription-based channels by showcasing the best drama, documentaries, comedies, horror, and stage plays,” according to Johnson.

Said Johnson, in a news release announcing the Urban Movie Channel, “UMC was designed so that the African American and urban creative community could directly reach consumers in a way that removes many of the restrictions associated with the legacy content development and distribution models. As more video is consumed over broadband, we believe that we can quickly become the preeminent provider of quality urban entertainment to what has largely been an underserved, yet highly engaged audience.”

“I am convinced that urban consumers will gravitate to the economic and entertainment value proposition of UMC and that the creative community will embrace UMC as the best way to reach their loyal fans and benefit financially from showcasing their outstanding work product,” added Johnson.

Kids Can Visit with Santa Online this Year! Here's How and Where
NASCAR Admits It Abused The DMCA To Get YouTube To Remove Wreck Footage Posted By Tyler Anderson
Man Livestreams Son's Birth on Facebook
5 Rising Social Media Platforms to Watch-If You Are Business Minded
The Great Netflix Purge 2013 - Full List of Movies to Be Purged
How to Deal With Embarrassing Tech Mishaps When Working Remotely
How to Look Good in Video Calling Apps
The Aereo Supreme Court Decision in Plain English
Share the knowledge

Number of people who have enjoyed this article: 2,845