According to public sources, Scott Richter, who is being sued by New York State Attorney General Eliot Spitzer, and Microsoft, has stated that he is close to reaching a settlement with Spitzer. On the other hand, he says that talks with Microsoft “haven’t progressed as far”.

And more than one inside source has told us that they don’t expect that Richter’s lawsuit against SpamCop, and their parent company Ironport, will be around for very long either. 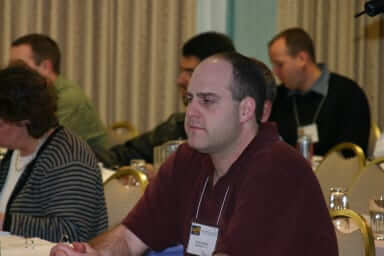 Our advice to Mr. Richter is “Run, Forrest, Run”; now is the time for him to ComeCleanRealBig, and give up his spamming ways – all of them, and make an honest man of himself. Agreeing to comply with CAN-SPAM isn’t enough – Richter could become the poster child for “going straight and still Making Money Fast” by becoming the King of Confirmed Opt-In, instead of spam. Imagine it.

So, Mr. Richter, wherever you are – if you are reading this – and I’m sure that you are, do it! Like the reformed car thief who becomes a crime risk consultant to the auto industry, you could truly parlay this into a kinder, gentler high volume email deployment business.

Feds Bury New Potentially Crucial Information in Footnote in Apple Terror iPhone Dispute
Social Media Uses this Trick to Extract Your Personal Data from You. DETOUR Law Would Make Using th...
New "4th Amendment is Not for Sale" Bill Would Ban Police from Buying Your Personal Data
Full Explanation of Court Order to Apple to Unlock San Bernardino Shooters' iPhone and Apple Refusal...
The Truth about the FBI USPS idHSC Voluntary Fingerprint Submission Program
With Chevy's In-Car Wifi Hotspots in 2015, What Mixed Messages?
Amazon Lawsuit Settlement: Didn't Get Your Notice of Credit? How to Find It
How to Read Email Headers to Report Spam
Share the knowledge