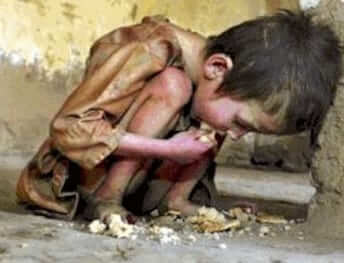 In a scathing indictment against the Democratic (hah!) People’s Republic of Korea (DPRK), also known as North Korea, the UN’s Commission of Inquiry on Human Rights in the Democratic People’s Republic of Korea has levelled charges amounting to crimes against humanity. The United Nations commission found that “The gravity, scale and nature of these violations reveal a State that does not have any parallel in the contemporary world.”

Urging referral to the International Criminal Court (ICC), the report finds such atrocies as children being fed snakes and rats, and “Public executions and enforced disappearance to political prison camps serve as the ultimate means to terrorise the population into submission.” 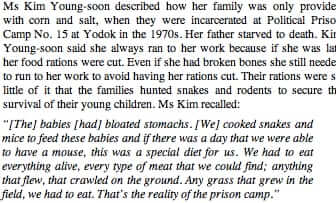 And they found them all, in egregious quantity and quality.

The UN has just made the United Nations Commission of Inquiry on Human Rights in the Democratic People’s Republic of Korea report available online, along with nearly 400 pages of evidence. You can get it all online, at the links below.

[NOTE: These are doc files, so depending on your browser, they may open in a browser window, or they may download the official report and evidence files to your computer.]

You can read the UN Commission’s press release here

What is a Virtual Restaurant? With Virtual Restaurants on the Rise We Explain
How to Identify False Information Online
Scientists Prove Digital Brain to Brain Thought Communication Over the Internet
When Compliments Backfire: The Proudman Carter-Silk LinkedIn Compliment Fiasco
5 Practical Microsoft Apps You Should Have On Your Android or iOS Device
How do You Feel about Having a 'Social Score'? China Implements Social Credit Scores - Can Other Co...
Stop Using Internet Explorer Immediately, Warns Homeland Security
Massive Transcontinental Internet Outage as Three Undersea Cables Severed - Again.
Share the knowledge

Number of people who have enjoyed this article: 2,921