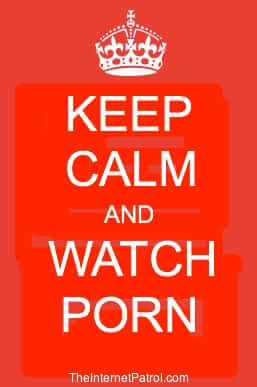 Interestingly, the ISP TalkTalk actually has more than 35% of its customers leaving the default filter on. However the other three ISPs, BT, Sky and Virgin, have such massive opt-out numbers, that across all new broadband customers the opt-out rate is still more than 85%.

Only 8% of Sky customers, and only 4 and 5 percent of Virgin and BT customers, respectively, left the filter on.

Even though this shouldn’t be surprising, one can never tell exactly what a staid UK agency imagines about people and their proclivities. Earlier this year agents at the UK’s Government Communications Headquarters (GCHQ) were apparently quite surprised to learn that sometimes people get naked on webcams.

Russian Official Tweets Racist Obama Tweet of Obamas and a Banana
In Ultimate Use of Crowdsourcing UN Recruits Digital First Responder Volunteers with 'Verified' Proj...
Up to 96% of Oil from Fracking is Unusable in the U.S. - Read what the Oil Producers are Doing with ...
Technologies that Will Shape Your Internet Use in the Future
Plot Thickens as FIFTH Undersea Internet Cable Outage Reported and Iran Taken Offline
Where to Find Trusted Factual Information about Ebola Online
Hundreds of Ancient Writings Scanned and Put Online in World Digital Library
Sony Releases The Interview Movie: Here's Where You Can Watch The Interview
Share the knowledge

Number of people who have enjoyed this article: 2,138