Uber, the popular iPhone app that allows you to schedule a private car or taxi through your mobile device, is closing the doors on its Uber NYC taxi service, just a month after opening it to beta. Citing too much ride demand for not enough taxi supply, the app makers said that they are hoping they will have better luck in the Big Apple in the coming year.

Uber did attempt to get more taxis on New York City streets, but the Taxi and Limousine Commission (TLC) seemed unwilling to work with the new “e-hail” technology. Uber bit back in their beta test closing announcement, saying, “New York City’s TLC will hopefully get things moving, and let UberTAXI back out in the wild next year. In the meantime you can try UberTAXI in more innovation-friendly cities – including Boston and Toronto on the east coast.”


The idea behind the popular taxi service app was that New Yorkers could “hail” a cab through the phone app, rather than physically hailing one on the street. It seems that the app was a success for both users and cab drivers, with Uber’s own stats showing that 160 cab drivers participated in the Uber TAXI beta. One of their top earning drivers made an extra $168 in additional cab fare in one day. Another cab driver made an extra $586 in fares in one week, thanks to Uber Taxi.

Uber remains hopeful that the TLC will be more open in the next year to working with innovation and new technology. They maintain that, despite resistance and roadblocks put up by the ironically acronymed TLC, they privately acknowledged that there were no legal issues involved with hailing a cab through an app. If you are a New Yorker who is frustrated at the loss of the new app, you can follow the Uber blog and stay abreast of their progress.

Top Web Browsers for Android in 2020
What You Need to Know about TikTok
How to Turn Off Those Damned Color Tiles and Styles in Words with Friends
The NSA is Telling Mobile Users to Turn Off Find My Phone, WiFi, and Bluetooth. Here's Why
How to Set up or Change Your Gmail Signature
Apple Announces that Apple Watch will Remind You to Breathe
Sexual Consent Apps Cropping Up in Wake of #Metoo Movement
Multi-factor Authentication and Why You Need It

The Secret, Underground Jamba Juice Menu – Yes It’s Real, and Only Available Online, and Here it Is! 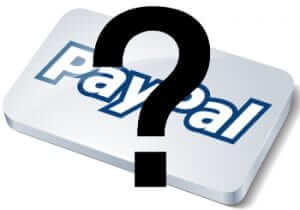 Showing a Mystery Charge from 402-935-7733 via Paypal in Your Bank or Credit Card Account? Here’s Why