You may have recently heard about a new social network called Mastodon. Mastodon is an open source, completely free social network that is similar to, and on some level competing with, Twitter. However there are some important differences between Twitter and Mastodon. Here’s what Mastodon is, and what it isn’t.

One of the biggest differences between Mastodon and Twitter is that anybody can run a Mastodon server (the presence of Mastodon running on a server is known as an ‘instance’, much like an instance of a virtual machine is called an ‘instance’).

Because Mastodon is open source (and free), and anybody can run a Mastodon instance, it means that, as Mastodon puts it, “it avoids the risks of a single company monopolizing your communication. Pick a server that you trust — whichever you choose, you can interact with everyone else. Anyone can run their own Mastodon instance and participate in the social network seamlessly.”

Because of this, there is basically a distributed, decentralized Mastodon network. Rather than there being one central point of access (such as with twitter.com), you can enter Mastodon through any of the instances, and have access to the entire network.

This also means that if one instance is down, you can hop on another instance.

A Few of the Many Mastodon Instances 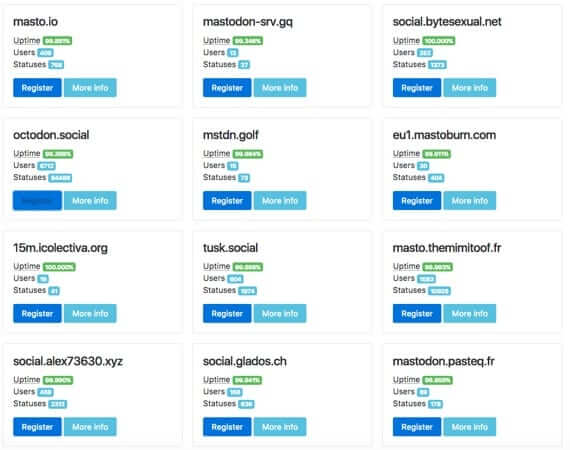 Each instance has its own local flavour, and its own administrator/moderator. The only difference in terms of interacting with other users on the local instance, and all of the other instances in the network is that, while all you need is a person’s username to interact with them on your own local instance, you need to include the instance name to interact with someone on another instance. That’s it.

Some slightly smaller, but still big, differences include that instead of being limited to 140 characters, you can type and send a generous 500 characters with each post.

What’s more, Mastodon does not censor your posts (which they call ‘Toots’) and they offer a “CW” (standing for Content Warning) option, so that you can (and should) hit the CW button if you are sending something of an adult or disturbing nature. What this does is mask your content by blacking it out, and throwing up the warning “Sensitive Content – Click to View”, so that people who follow you are well-warned, and have to click to view that content. 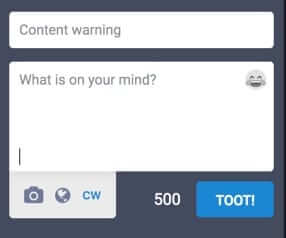 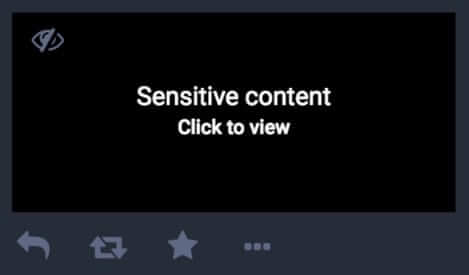 That said, another thing that sets them apart from Twitter is that each instance has a hands on administrator, with whom you can personally interact, and instance administrators can and will act as moderators if need be. On the local instance that we are on, for example, the administrator, who goes by the username CobaltVelvet, explains:

“I’m not Twitter, I’ll fuck up nazis and bullies for fun, and get an AI to do it if I get bored.”

In the interface, which reminds us of TweetDeck, you can have a local timeline (the people on the same Mastodon instance as you), and a “federated timeline”, which is all of the people you are following across all instances. 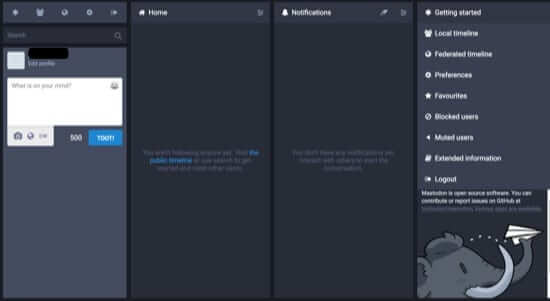 If you want to give Mastodon a try, you can sign up for Mastodon here. And then let us know your username and instance in a comment!

What is Clubhouse? Easy Clubhouse Tutorial and And How to Refresh Contacts in Clubhouse so it Sees N...
Research Says that Instagram Leads Teen Girls to Feel Bad about Their Bodies and that Facebook Knows...
The New Internet Lingo "Verbasize" and What it Means
Deleted Social Media Messages Tell Story About Downing of Flight MH17
Enormous Yahoo Data Breach with Usernames, Passwords, Dates of Birth
How to Find Somebody's LinkedIn Wall
Foreigners Entering U.S. May Be Asked to Provide Facebook, Twitter and Other Social Media Account In...
Massive Capital One Breach of Data Stored on Amazon Affects Millions
Share the knowledge