Big name designers such as Michael Kors, Nanette Lepore, Badgley Mischka and Carolina Herrera have taken advantage of digital media by showing their fashion shows online during Mercedes Benz Fashion Week. Major designers are realizing that online fashion shows are a great way to bring their collection to wider audience, and new designers can produce online fashion show for a fraction of the pricetag of an in-person show, which can cost upwards of $100k.

Mercedes Benz Fashion Week is a semi-annual event that includes hundreds of fashion shows and is seen by several hundred thousand members of the press, buyers and eager fashionistas. This year’s Mercedes Benz Fashion Week started on February 7th, and ends on Valentine’s Day. While some designers have been streaming their fashion shows online for a few years, this year the efforts have expanded. Says Stacy Roman of Factory PR, a New York fashion and publicity firm, “This season it is really prevalent. There has definitely been an increase in this type of platform.” 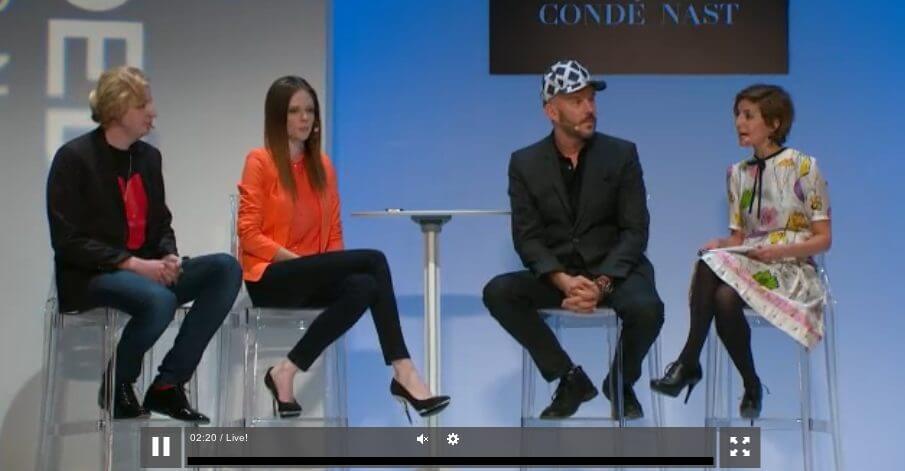 Says designer Rachel Roy, whose line has only been out for seven years but has quickly become wildly popular, “I always want to think outside the box, to do something that is new and fresh, and I think part of my job is to bring newness to fashion. Part of doing that is showing to as many people that love fashion, that want it, making it accessible to them.”

Groupon Celebrates President’s Day by Honoring President Alexander Hamilton
Pizza Rat an Internet Sensation
AOL's Music Now Music Service Download Website Opens Doors for Business
Google Webpage Ranking: Do Sentiments Help?
Zoombombing and Other Security Issues Surrounding Virtual Meetings and How to Prevent Zoombombing
Some Want Netflix House of Cards Early
How the Like Button Has Changed Us and How the Internet Works
How to Look Good in Video Calling Apps