In an interview with the Telegraph’s Celia Walden, the Winklevoss twins explain, first of all, that despite their very serious allegations, and their ensuing lawsuit, against Mark Zuckerberg, they don’t hate him.

Adds Cameron Winklevoss, “We just feel sad for him, because I’m not sure that he’s capable of understanding the concept of morality.”

But, if the gist of The Social Network is to be believed, it’s not an entirely unfair observation, and quite possibly has, at least, some element of truth.

All told, the twins say that it was a relief to have their side of the story told.

When they first conceived of the system that was to become Facebook, “A friend suggested we talk to Mark about the project, so we did. We were very focused on rowing while we were at university, but our futures could have taken a different turn for us had he not breached our trust,” explains one of the twins.

“We know that Mark’s intentions were malicious because he deliberately strung us along, so it was premeditated,” adds Tyler. “Also we’ve seen leaked instant messages from Mark at the time strategizing about us.”

“But a lot was left untold, because it hasn’t yet been written in life, so it’s still unclear what the ending will be.”

In 2008, Facebook paid approximately $65million to settle a lawsuit brought by the Winklevoss twins , however the Winklevoss brothers claim that they have since discovered that Zuckerberg did not disclose certain relevant information at the time, and so have asked to reopen the case, looking to sue for an amount rumoured to be in excess of $500million.

Insisting that it’s not about the money, however, they say that “We’ve always felt that if we didn’t step forward and tell people what this guy had done to us, he would just go on acting that way to other people. Plus it would make us feel like quitters.”

“They held back information when we settled in 2008. Plus the equity of the shares we received was one fourth of what it should have been, so now we’re prepared to risk the money we won in the settlement to get what we should have been given at the start.”

In the meantime, Cameron and Tyler Winklevoss are preparing for the upcoming Olympics, in which they are hoping to take home gold in the rowing competition.

And, they have started up their own, new social network: Guest of a Guest, focussing on high society life in New York, LA, and the Hamptons. 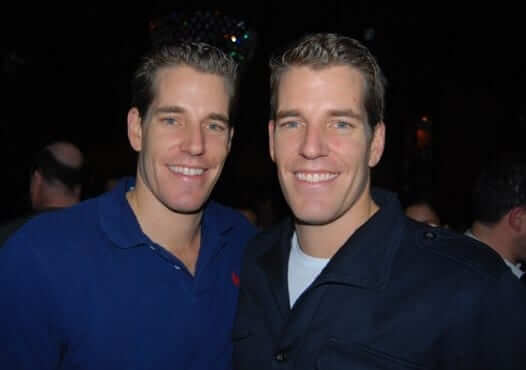 Fugitive Arrested After Commenting on His Facebook Wanted Poster
I'm a Patent Assertion Entity, Not a Patent Troll, Thank You Very Much
Calls for Users to Leave Facebook Amid News that Facebook Quizzes Facilitated Cambridge Analytica Fa...
Man Livestreams Son's Birth on Facebook
Data Broker was Selling Location-Tracking Data of People Visiting Abortion Providers
Facebook Stalking You for Their Advertisers - Here's How
You Can be Easily Stalked through Facebook Messenger Even if You Don't Have Messenger Yourself!
Insiders Urge Facebook and Apple to Fix Toxic, Intentionally Addictive Nature of Social Media and De...
Share the knowledge

Number of people who have enjoyed this article: 5,408