The government’s sponsored online petition site “We the People” promises a White House response for all petitions with more than 25,000 signatures, and sticking to that promise, they issued an official response to the online petition entitled “Secure resources and funding, and begin construction of a Death Star by 2016.” The petition received over 34,000 signatures.

Chief of the Science and Space Branch at the White House Office of Management and Budget, Paul Shawcross, said in a statement, “The Administration shares your desire for job creation and a strong national defense, but a Death Star isn’t on the horizon.” 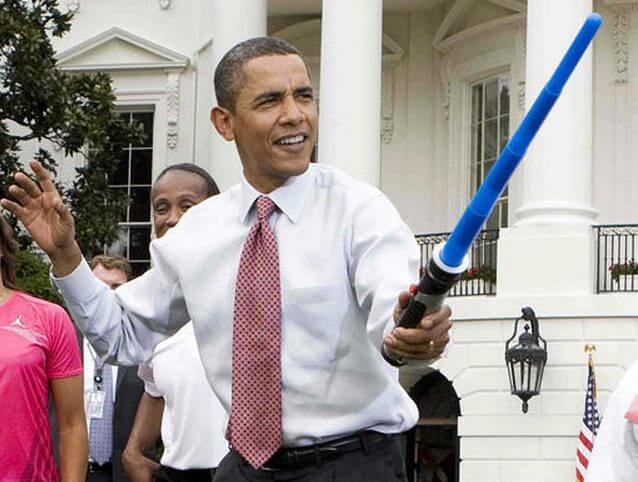 The statement went on to point out that the death star of course had a major flaw “that can be exploited by a one-man starship,” referencing the Death Star being destroyed by Luke Skywalker. They also pointed out that, according a study by Lehigh University, it would cost about $850 quadrillion to build a Death Star and went on to say, “We’re working hard to reduce the deficit, not expand it.”

Shawcross was quick to point out that, while we don’t have a Death Star in our future, we are not lacking in cool Star Wars technology, “We don’t have a Death Star, but we do have floating robot assistants on the Space Station, a President who knows his way around a light saber and advanced (marshmallow) cannon, and the Defense Advanced Research Projects Agency, which is supporting research on building Luke’s arm, floating droids, and quadruped walkers.”

Let’s just be thankful it wasn’t put to a vote before Congress, it might have missed its 2016 deadline.

Check out the full response here.

What is a GPO? We Explain
Artificial Intelligence Can Now Turn Your Brain Activity into Text
Comparing Google Searches in Areas Where Life is Easy to Where Life is Hard
Can Your Car be Hacked through its Onboard Wireless?
How to Take Charge of Your Facebook Newsfeed
Check Out These 5 Apps Supporting Mental Health During the Coronavirus Pandemic
What is the Florida Man Challenge and How Did the Florida Man Challenge Get Started?
Pedestrian Struck and Killed by Self-Driving Car