Nearly ever everyone knows about the big bust in January when the Feds took down MegaUpload.com and had MegaUpload founder, Kim Dotcom (get it? Kim .com) arrested. MegaUpload was a file sharing site, where one could upload and download movies, television shows, and other files, and they were busted for piracy. The German-born Kim Dotcom, the thirty-something year old who was born Kim Schmitz, was arrested in his adopted home of New Zealand, on Federal criminal charges. But some very interesting things about Kim Dotcom (who also has allegedly gone by Kimble and “Kim Tim Jim Vestor”) have come to light as of late. Kim, by the way, has a wife, Mona, and yes, her name is Mona Dotcom.

For example, apparently New Zealand was more concerned about losing funds that Kim promised to bring to the country, in his application for New Zealand residency, than they were about his known alleged criminal activities.


Opined a New Zealand Immigration official, in the application file, “The applicant {Kim Dotcom} has already made a substantial economic contribution to New Zealand through his spending here and will make further investments. I consider that these benefits and potential benefits outweigh the negative aspects flowing from the applicant’s convictions.” {Emphasis added.}

Or, how’s this one? Dotcom said in an interview this week “Guess what – we found a large number of Mega accounts from US Government officials including the Department of Justice and the US Senate… I hope we will soon have permission to give them and the rest of our users access to their files.”

Of course, this really isn’t necessarily anything earthshattering, as how else would you sting a filesharing site, if not by gaining access to the site to find out what exactly was going on?

And here’s an interesting tidbit: In an apparent effort to make MegaUpload appear more legitimate (or perhaps just to wipe out the competition), Dotcom sent this missive to Paypal late last year:

Our legal team in the US is currently preparing to sue some of our competitors and expose their criminal activity. We like to give you a heads up and advice [sic] you not to work with sites that are known to pay up loaders for pirated content. They are damaging the image and the existence of the file hosting industry (see what’s happening with the Protect IP Act). Look at Fileserve.com, Videobb.com, Filesonic.com, Wupload.com, Uploadstation.com. These sites pay everyone (no matter if the files are pirated or not) and have NO repeat infringer policy. And they are using PayPal to pay infringers.

On the financial front, reports say that Dotcom made $42million dollars just in 2010!

So, does this mean that, despite the old saw, crime actually does pay?

Well, that depends on your definition of ‘pay’. After all, while Dotcom may have “earned” a bundle, he is likely to not only have to disgorge a huge chunk of it (likely all that the Feds can find and trace), but is most probably facing serious prison time. In fact, after being released on bail into house arrest, the U.S. successfully argued that a condition of his being on house arrest be that he not be allowed to access the Internet at all, with which the court agreed because it was demonstrated that Dotcom had “the ability to use it for wrong purposes.”

By the way, we were scammed by the folks behind InternetService.net, who asked us to link to their article about Kim Dotcom (entitled “10 Things the Internet Learned from Kim Dotcom”). Unaware as we were at the time when their Kate Croston ‘reached out to us’ to tell us about their article, we did provide a link from this current article to theirs. That was when we started receiving many similar requests for links to articles – all very similar, in fact some with almost identical wording, from several other people. It is clear that Kate Croston is part of a group whose sole purpose is to create links back to their sites. 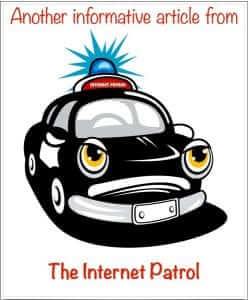 Study Finds Personal and Banking Data Likely Accessed on Found Cell Phones Before Being Returned to Owner: How to Protect Yourself