If you heard that President Obama signed the bill extending the Patriot Act using an autopen while he was sitting in France and the bill for the extension of the Patriot Act was in Washington, D.C., you may be wondering “Just what is an autopen?” An auto pen is, quite literally, an auto pen – an automated pen (versus an automatic pen) that automatically replicates, in a remote location, the signature or other writing of the person who is holding it.

Other versions can store the user’s signature, and so replicate it on demand (sort of a compromise between using a rubber stamp, and the person personally signing it); it was of the use of one of these signature-storing machine which President Obama authorized, as he was stuck in Europe at the G8 Summit, and the bill was set to expire last night.

John Isaac Hawkins invented the first autopen in 1803 or, at least, that is when he received his patent. Thomas Jefferson, always an early adopter of technology, started using it a year later.

However it was President Truman who first brought the autopen to the Whitehouse. Even then, however, it was used for correspondence and, even, signing checks. But never to sign something as far-reaching as national legislation.


And therein lies the rub, because at least one person is upset that President Obama used his autopen to sign the extension of the Patriot Act.

Georgia’s Republican Representative Tom Graves has questioned whether the President’s use of the autopen is constitutional. In fact, Graves wrote to the President demanding “”a detailed, written explanation of your Constitutional authority to assign a surrogate the responsibility of signing bills passed by Congress into law.”

This was after he realized, he said, that the reports of Obama using the autopen were true – according to Graves, when he first heard the reports, he thought they were “a joke.”

“I thought it was a joke at first, but the president did, in fact, authorize an autopen to sign the Patriot Act extension into law,” observed Rep. Graves.

Graves has apparently ignored the fact that the White House visited this very issue back in 2005, at which time the White House legal counsel determined that such use was constitutional. But, says Graves, he is concerned that the use of the autopen to sign legislation could set a “dangerous precedent.”

“Any number of circumstances could arise in the future where the public could question whether or not the president authorized the use of an autopen,” said Graves. “For example, if the president is hospitalized and not fully alert, can a group of aggressive Cabinet members interpret a wink or a squeeze of the hand as approval of an autopen signing?”

The first commercially used autopens looked something like this: 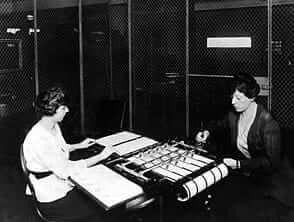 The autopen that the President used looks more like this: 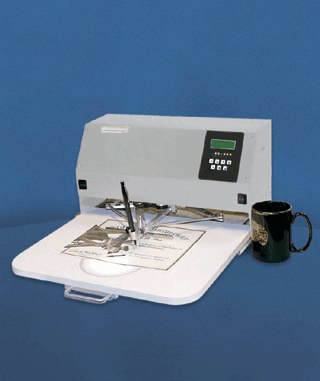 Want your own autopen? You can buy one from Signature Machines.

What’s interesting to us is that the kerfuffle over the President’s use of the autopen seems to have eclipsed the discussion about whether or not he should have extended the Patriot Act.

What is the new viral Mannequin Challenge? We explain #MannequinChallenge 2016!
Drive-Thru Lets Fast Food Customers Pay with EZ-Pass
Is World War Goat Coming?
Darth Vader Posts Selfie to Instagram
Trolls Just Wanna Have Fun: Study Finds Internet Trolls are Narcissistic, Sadistic Psychopaths
Yes the .Sucks Top Level Domain is Real
Online Startup Plans Surprise Weekend Get-Aways for You - All You Have to do is Show Up
We Get Some Strange Searches
Share the knowledge

2 thoughts on “The AutoPen Explained – It Has a Long History, Obama is Just the Most Recent High Profile Person to Use One”

Number of people who have enjoyed this article: 5,136