It’s no surprise that today’s teens are more advanced than ever. Not only are today’s teens more advanced on an academic level and a technological level, but they are more advanced on a sexual level as well. Everything from the Internet to cell phones offer teens a perfect outlet to express themselves sexually. Unfortunately, these same outlets allow teens to exploit one another sexually, leading to what amounts to criminal activity without the teen ever realizing he or she has committed a crime.

While most cell phone pics are harmless, and others will remain private forever, some might fall into the wrong hands, which can result in embarrassment, a scarred reputation, and worse – felony criminal charges. One such case took place recently in Cuyahoga County Cleveland. The case involved a teenage girl that sent nude photos to her boyfriend. The images ended up on the cell phones of a handful of other male students at Cleveland High School. All parties involved were between the ages of 14 and 16, and all parties involved were caught.

While some parents feel that the penalties are severe, especially the parents of the three girls and five boys involved in the Cleveland case, law enforcement officials agree that if a teenager – minor or not – breaks the law by sending nude photos, they should be punished accordingly. In some states, the severity of the punishment is up to the judge. If a teen is convicted of distributing cell phone porn, he or she could receive up to seven years in juvenile detention or probation and they might have to register as a sex offender. Again, this is at the discretion of the judge.

But in Cuyahoga County Cleveland, the presiding judge figured out a more creative way to deal with the three girls and five teens involved in this highly publicized case.

Thomas O’Malley, Cuyahoga County Juvenile Court judge, wanted to punish the teens in a way that would help other teens as well as drive the point home to those involved. He asked his own four teenaged children if they knew that it was against federal law to send nude photos of themselves or their friends on their cell phones. (He asked this after he checked all four cell phones for nude photos. He didn’t find any.)

O’Malley also asked his own teens, “Did you know that if you get caught, you can be labeled a sexual predator?” To both questions, the teens responded with a mix of confusion and silence. Needless to say, not one O’Malley teen answered “Yes.”

After realizing that his own four teens had no idea that sending nude cell phone pics was such a serious infraction of the law, he decided to order the eight Cleveland High School teens to find 25 teenagers (each) ages 18 and under at CHS and ask them this one question:

“Did you know that possessing, viewing or sending nude or partial nude photos or images of a minor (someone under 18 yrs. of age) using (a) cell phone is a felony and could result in you being jailed for a minimum of six (6) months up until the age of 21?”

How IoT is Taking Over the Healthcare Industry
Google Ordered to Disclose Everybody who Searched for a Particular Person in Edina, Minnesota
Inappropriate Twittering, Facebooking Leads to Criminal Appeals in Trials
What to Do if You've Lost Your Cell Phone or If Your Cell Phone is Stolen or Missing
How to Make and Answer Calls on Your iPhone from Your Mac or iPad
DatabaseUSA Wins Case against Spamhaus in Matter of DatabaseUSA v. Spamhaus in Federal Court
Fight Over Access to Dead Person's Email Heads to Supreme Court
Computer Technician Busts Child Porn Enthusiast, and His Employer Gets Blasted for it! 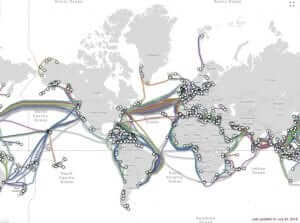