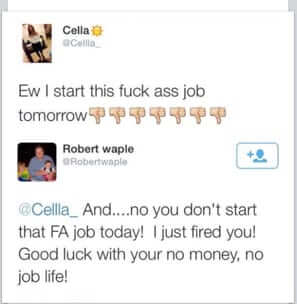 Teenager Cella (@cellla_ on Twitter) apparently really wasn’t looking forward to her new job at Jet’s Pizza in Mansfield, Texas. So much so that she tweeted “Ew I start this fuckass job tomorrow,” followed by seven ‘thumbs down’ emoji. Following that tweet, she was promptly fired, also on Twitter.

As the story goes, Cella’s tweet was seen by another employee of the Mansfield, Texas Jet’s Pizza, that employee in turn brought it to the attention of the Jet’s Pizza franchise owner, Robert Waple, who responded with a tweet of his own the next day (the day Cella was due to start her job), saying “And….no you don’t start that FA job today! I just fired you! Good luck with your no money, no job life!”

However, apparently that should be amended to read “Good luck with your no money, no job, famous life,” because the exchange went viral, catapulting Cella to fame – of a sort.


A visit to Cella’s Twitter timeline shows hundreds and hundreds of people tweeting to her from all around the world, telling her that she’s famous. 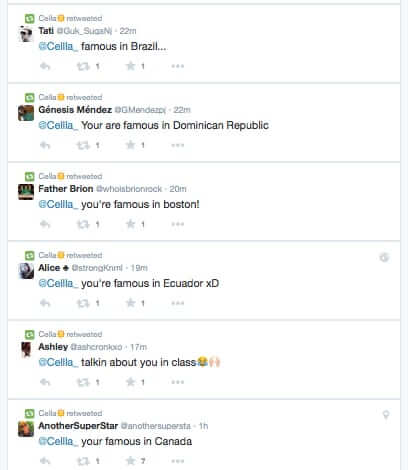 Some have also suggested that Waple invaded her privacy (what privacy in a public tweet?); and at least one tweeter advised Cella that Waple couldn’t fire her for it (wrong, Texas is an ‘at will’ employment state).

Of course, this is by far not the first time that there have been unintended consequences resulting from a slip of the electronic lips. Who can forget Justin Sacco’s tweeting “Going to Africa, hope I don’t get AIDS. Just kidding. I’m white!”, or Amy Strickland tweeting “every father’s nightmare – or nah?” above a picture of seven interracial high school couples headed to prom?

We are given to wonder, however, whether in fact this is an unintended consequence. The current meme flooding Cella’s timeline – “you are famous in…” – seems perhaps a bit too pat – a bit too nonorganic – a bit too contrived. 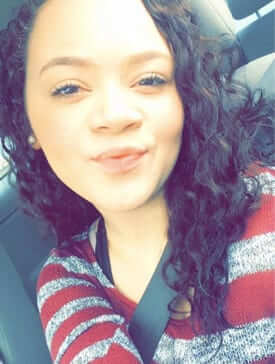 In fact, Cella is now contemplating a Kickstarter campaign with her newfound ‘fame’, of which she says, and we quote:

So, what do you think? Was Waple right to fire Cella, or not?

Largest Set of Sky Survey Astronomical Data in History Made Available Online
Transcript of Interview Given by PRISM Whistleblower Edward Snowden
Facebook Service WhatsApp Fined $267million for GDPR Violations
An Explanation of Domains, a Complete List of Country Top-Level Domains (TLDs) and Links to Lists of...
Clicking on a Text Message Link Can Be Lethal
Elected Official Puts the "Weiner" in, Uh, Weiner
In Ultimate Use of Crowdsourcing UN Recruits Digital First Responder Volunteers with 'Verified' Proj...
Is It Possible to Delete Yourself From The Internet?
Share the knowledge

Number of people who have enjoyed this article: 2,212