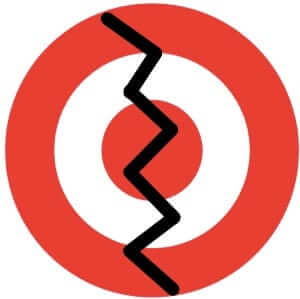 Target CEO Gregg Steinhafel said this week that Target knew about the massive Target security breach that put millions of Target customers at risk a full four days before Target notified their customers and the public about the breach.

In an interview with CNBC this week, Steinhafel again apologized to the 40 million Target customers affected, assuring them that anybody whose credit card numbers and other personal data was breached will not be liable for any charges to their credit cards as a result of fraud.

Steinhafel also promised to win back both trust and confidence from Target customers.

“We are responsible,” said Steinhafel in a statement, “we’re accountable for all of it, and we want to make that crystal clear to everybody that’s shopped in our store. They have zero liability.”

With respect to the four-day lag between the time of the breach, and the time that Target went public with it, Steinhafel said that Target was using those days to prepare their stores, and their call centers, for the announcement.

“Part of that timetable all along was for us to make that announcement on day four,” said Steinhafel, adding that “we were working around the clock to prepare our stores.”

“We want guests that come in, once they hear that news, we want to be able to answer their questions, and we want our call centers to function appropriately. We were fully prepared to make that announcement on day four.”

RFID Chips in Your Credit Card: Electronic Pickpocketing - True of False?
How Do I Know if I Have the Blackshades RAT on My Computer?
"Why Can't I Log Into My Account When I Know I am Using the Right Password?" This May be Why
Free Email Privacy and Security Tester
Sony Movie "The Interview" Hack and Terror Threat Explained
1-800-FLOWERS Data Breach Second Breach Revealed for December 2018
Online Version of the Bush Cheney CIA Interrogation and Torture Report
Hackers Read Your Screen in Your Eyeglasses, Teapots, and Other Reflective Objects
Share the knowledge