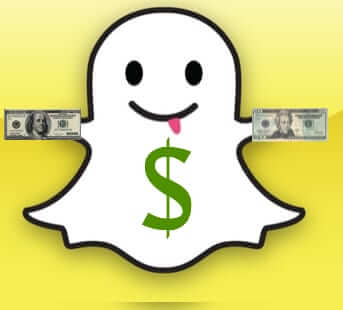 Snapchat, the “now you see it now you don’t, but it didn’t really disappear” company, has partnered with Square, the money people, to provide a new mobile payment service called Snapcash. Of course, it’s really just Square, private labelled for Snapchat.

Says Snapchat, about the new Snap cash service, “Snapcash, created in partnership with Square, is a fast and easy way for Snapchatters to exchange money within the Chat feature. Once Snapchat users have linked their debit card in the app, they can send Snapcash to anyone in their contact list who is eligible to receive Snapcash.”

It seems that support is also sort of “now you see it, now you don’t” (remember that Snapchat was sued by the FTC for claiming their messages disappeared forever), as SnapChat disclaims responsibility for any issues you may have with it, in saying that “All payments sent through Snapcash are processed by Square. If you have billing or payment issues, please contact Square here.” (“here” being linked to the Square website.)

So, apparently the buck doesn’t, you know, stop there.

So who can send Snapcash, and who can receive Snapcash?

Well, according to the SnapChat Snapcash FAQ, you can only use a genuine, U.S.-issued MasterCard or Visa debit card (no credit cards). You must be at least 18 years of age. And you must be within the United States proper.

So why would SnapChat and Square partner? What’s in it for each of them?

For SnapChat, they have long wanted to outgrow their gimicky chat app reputation, and be seen more seriously. (This may be why they rejected Facebook’s 3 billiion dollar offer.) For Square, they get access to SnapChat’s 100 million+ user base.

Is this new partnership likely to drive greater adoption of SnapChat (or, for that matter, Square)?

Only time will tell. But we’re betting that folks who remember the SnapChat data breach that led to 4.6 million SnapChat passwords being made public won’t be jumping to send money through Snapchat any time soon.

Then again, a huge portion of Snapchat’s regular users (in fact we would guess the vast majority) are teenagers, meaning that they won’t even qualify for the..uh… Square deal.

What is Clubhouse? Easy Clubhouse Tutorial and And How to Refresh Contacts in Clubhouse so it Sees N...
How To Save Online Articles To Read Later
11 Year Old Saves Dad's Life with Smartphone App
New BroApp App Schedules Automated Text Messages to Your Girlfriend
How to Find Birthdays in the Facebook Mobile App
Are You a Gig Worker or Consumer Impacted by the New Gig Work Laws? Let Us Know!
Google Lens and How To Use It To Identify Things In Your Daily Life
The Best Must-Have Apps for 2013
Share the knowledge

Number of people who have enjoyed this article: 2,285