If you have the new iPhone 4S, you may find that Siri has her hand in your pocket. According to new research, using Siri can nearly double how much data your iPhone uses, which can be costly indeed. Sure, Siri is fun – but is she worth it?

According to a report released by Arieso, a UK-based provider of mobile network management solutions, data usage for the iPhone 4S is nearly double that of the iPhone 4 and the iPad and, says Arieso, one of the primary reasons is Siri.


In addition, the report found that “users of the iPhone 4S demand three times as much data as iPhone 3G users and twice as much as iPhone 4 users…”

And there is no reason to expect that such data usage will go anywhere but up.

“Voice is the ultimate human interface. As you lower the barriers consumers will use their smartphones’ functions even more often,” points out Arieso CTO Michael Flanagan.

Adds the Arieso report: “One thing is clear: the capacity issues plaguing mobile operators around the world will worsen in 2012.”

Yes, You Can Download All of Your iTunes Purchases Again
Insiders Urge Facebook and Apple to Fix Toxic, Intentionally Addictive Nature of Social Media and De...
What You Need to Know about TikTok
Macbook Grinding Away, Freezing, Super Slow, or Out of Space? Mobile Backups May be the Culprit
Is It Ok to Leave Your iPhone Screen On All the Time? Here's the Answer
How to Install the Apple Security Update on Jailbroken Phones
How to Turn Off and Disable Operation Amber Alerts on Your iPhone and Android Phone
Why New and Improved Siri Compromises Your Privacy Even More 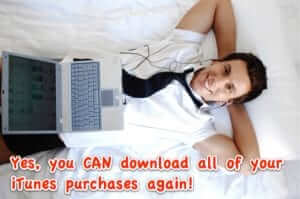 Yes, You Can Download All of Your iTunes Purchases Again