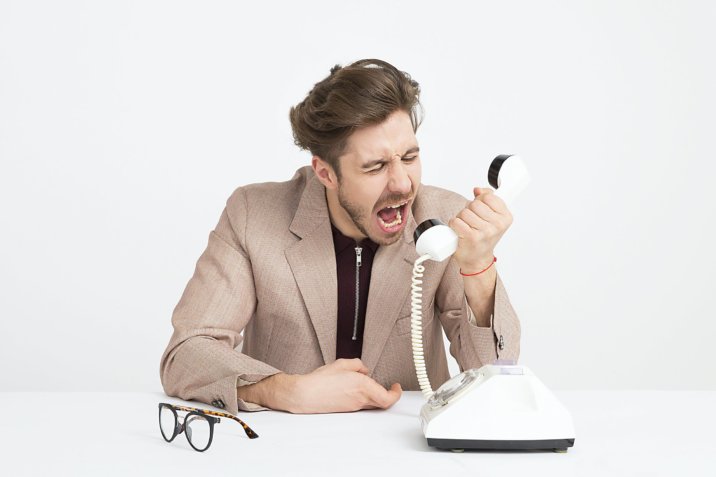 Highly targeted scam calls (known to some as vishing) aren’t always obviously a scam. I don’t know about you, but I associate scam calls with thick accents, broken English, and other obvious identifiers, which aren’t always present.

The calls may sometimes be genuine, neighborly, helpful, even downright friendly – but the person on the other end of the line? They’re anything but.

They aren’t doing this just for fun, either. Last year, Americans lost over $39 billion dollars to scam calls. The average reported loss was $577, which is nearly a 15% increase from the previous year’s average.


Oftentimes, you can get substantial relief from registering your phone number with the FTC’s Do Not Call Registry. It’s a simple process: You follow that link, click on “register your phone”, input your number(s) and email address, then verify via email. It hasn’t completely stopped BS calls and texts for yours truly, but it’s gotten damn close – close enough that I really stand by it. I’m down to one or two a day, when just a few short months ago, I was frequently getting over 30.

Aside from that, well, there isn’t any one tip that’s gonna save your money when you get a scam call – it’s a matter of thinking critically and not letting your guard down. Here are three things that are consistent across pretty much all scam calls:

1. They will associate themselves with a commonly-known authority, claiming to be representatives of a tech monolith (“your Apple computer is infected”), or of a legal authority (“this is the FBI”).
You’d think it would be obviously fake, but when your critical thinking isn’t functioning at 100%, it becomes easy to ignore glaring warnings and red flags.

2. They will try to extract your funds before you have time to process the situation’s inconsistencies. This, in practice, tends to sound like an aggressive late night TV advertisement, telling you how many minutes you have left to call for the deal of your life.

Imagine a total stranger approaching you to say: “Listen here – You have a very limited time to spend YOUR money, the same money you have traded your time/life for. Spend it on this special opportunity. If you don’t, you will be sorry for the rest of your life and regret this moment”
Tell me; does that sound like an ethical practice by someone who is scrupulous? I certainly don’t think so. There are more than a few similarities between scammers and advertisement, but that’s a topic for another day.

3. If you question them, or don’t fully let them control the situation, they tend to get pretty upset.

Besides those factors, you never know what call may be malicious. Scammers constantly come up with new ways to make you rationalize sending money to them.
If you have a phone and pick up calls, sooner or later, the odds are strong that you’re gonna talk to one of these lowlifes someday. And when you do, I hope you remember the following:

Start by taking a few deep breaths. Really deep, like into your belly. Your emotions are not immune to manipulation, so you don’t want to be too emotional. Logic will keep you and your money safe in this situation. At the same time, your intuition is stronger than you think, so if it feels fishy, chances are it is.

You’re probably gonna hear something that scares you, if it’s a scam call. It may be about going to jail, or losing your house, or all your passwords getting leaked.

The FBI, IRS, DEA, CIA, and any other 3 letter agency use methods of communication that are not calls demanding money. That “agent” on the line is really just a sweaty lowlife, hidden, cowardly, in a basement somewhere. They aren’t catching offenders, they’re committing federal offenses. You are well within your right as an American citizen to question authority. In fact, it is preferable that you do in this situation.

Your computer probably doesn’t have a virus. If it does, it’s not terminal (pun not intended). My day job has had me see thousands of people from all walks of life with all sorts of computer issues. It is very rare to have a computer hacked the way people think it happens, and even rarer to have it hacked at all. Apple/Microsoft will NEVER call you about a virus or leak. It has not ever happened. Hang up and go to a brick and mortar store if you’re concerned, or save yourself a trip and download the best antivirus (in my professional opinion);Malwarebytes, here. It has a free plan, so don’t pay for it unless you want to. This will almost always fix your virus. Definitely, under no circumstances, send money to any representative of Apple or Microsoft over the phone.

Why the Subject Line is the Most Important Part of Your Email
Microsoft Admits Breach, Hackers Accessed Users' Outlook, Hotmail, and MSN Email for Months (Full Te...
King of Spam Scott Richter Steps Down from Throne and Pays Microsoft $7million
Epidemic of Teen Sexting - 1 in 5 Teens Send Nude Pics of Self by Cell Phone, Study Finds
How to Manually Add a Reminder Alert on Your iPhone
Scholastic Offering Free Online Classes to Keep Kids Learning During the Coronavirus Pandemic
Warning: Do NOT Click on Text Message "FRM: Account Service"!
How Instagram Transformed Our Personal Lives
Share the knowledge

Number of people who have enjoyed this article: 16