Popular social media website, Pinterest, has announced that they have launched an app for both Android and iPad. If the scores of Pinterest users who liken it to “online crack” didn’t have enough access to it, they do now. Additionally, version 2.0 of the iPhone app is available for download in iTunes, offering a new format and some bug fixes. 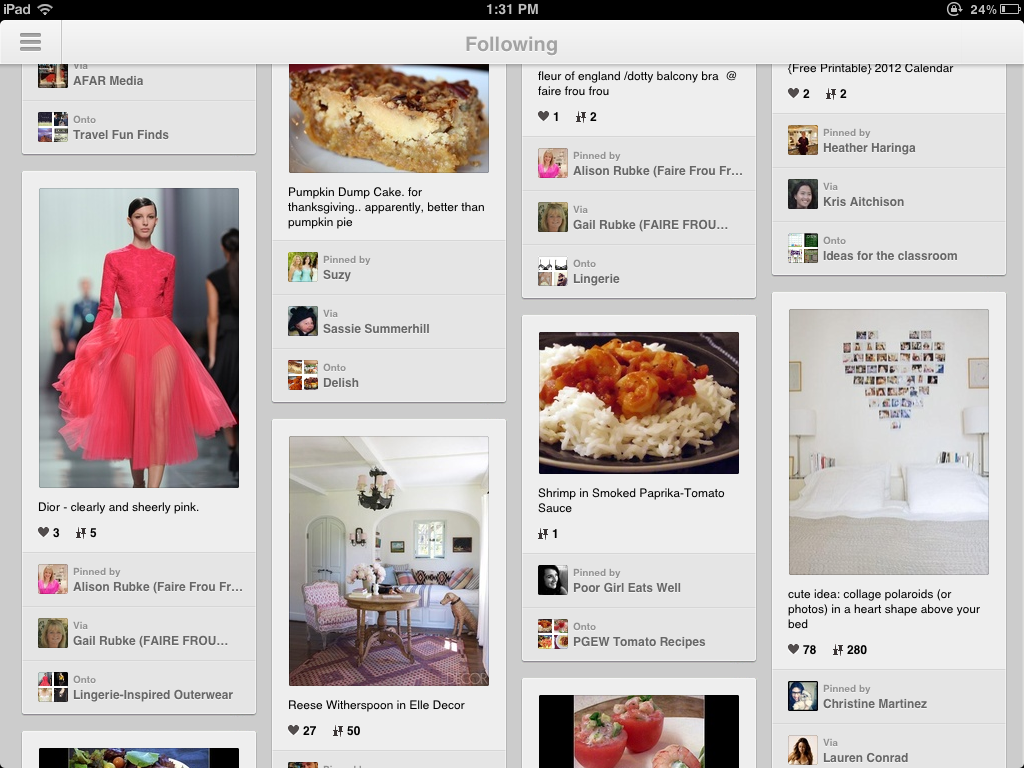 This is especially welcome news for those who have used the previous Pinterest app and dealt with it constantly crashing. In fact, crashing issues were one of the most common complaints among the app users. Further, clicking on a pin to go to the corresponding web page often resulted in a slow connection with grainy view of the web page. The new app offers a much cleaner layout, easier access to the users’ list of personal pinboards, and an option to browse the web. 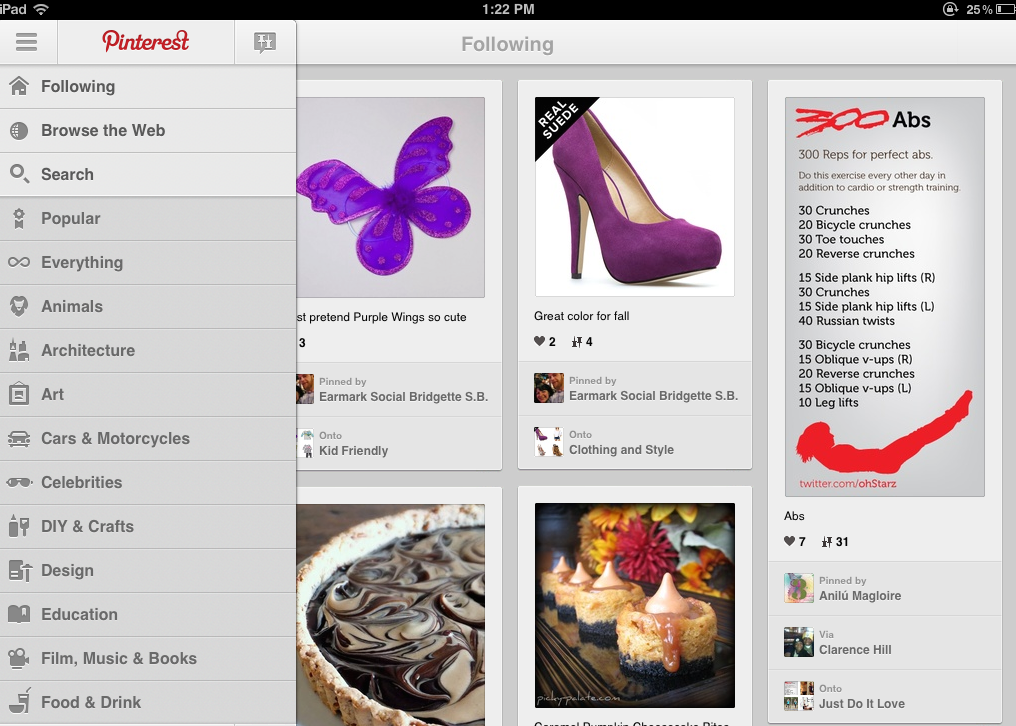 Pinterest announced the new apps on their blog, stating that iPad app is where the best Pinterest experience can be had:

“iPad owners may have the best Pinterest experience yet. Our new iPad app is perfect for sitting on the couch, on a train, or in bed where users can effortlessly discover, save and organize the things that interest them. The app offers users new ways to engage with pins, whether swiping the screen to resume browsing after viewing a board, or using the embedded browser to see what others are pinning from their favorite sites.”

Offering even more ways for an already devout following to use the site could help them to surpass their current status as the third-most visited social network in the U.S.. It has been estimated that Pinterest has as many as 10 million unique visitors in any given month, with comScore reporting 20 million unique visitors in March of this year. And it appears that may grow as Pinterest, which was previously an invite-only site, last week announced that the site is now open to anyone who wants a new internet addiction. And after closing a $100 million round of funding, it appears that Pinterest intends to stay around for quite awhile.

iTunes Does Not Recognize iPhone? Here's What to Do
Viral Mugshot Lands Handsome Hot Felon Jeremy Meeks Modeling Gig
How to Search Online for Apps in the iTunes Store
Fixing "The Message Could Not Be Moved to the Mailbox Trash" Error on a Mac
How to Make Your Mac Stop Using Your iPhone Keyboard Shortcuts
How to Remove that Guest User Account from Your Mac or Macbook
What to Do When Your Personal Hotspot has Disappeared from Your iPhone
How to Remove Contacts from Your iPhone Sharing Menu (a/k/a the "Share Sheet")

Expecting a Baby? Facebook Delivers Expectant Parents Into the Snares of Opportunistic Advertisers