In perhaps the most content-free press release which Aunty has ever seen, Scott Richter yesterday crowed about the TRO which was issued against SpamCop in the Richter v. SpamCop case, saying:


1. transmitting or sending Complaints it forwards to third parties regarding Plaintiff (and its subsidiaries, divisions, companies, etc.) to ISPs other than Plaintiff’s originating ISP;

2. removing the e-mail addresses from Complaints it receives regarding Plaintiff and its subsidiaries, divisions, companies, etc.

Scott Richter, President of OptinRealBig.com, LLC stated that he was pleased that the Court issued the TRO and was hopeful that the Defendants would abide by the Order.”

Not 24 hours later, ClickZ reports that “OptInRealBig’s TRO Against SpamCop Dissolved” with Judge Armstrong being quoted as opining that “The legal issues are more complicated than they originally appeared and the Court has a number of questions regarding the facts.”

Not surprising, really, as the TRO was apparently requested and originally granted ex parte, meaning that the reason that SpamCop and parent company Ironport Systems hadn’t responded, let alone shown up for the TRO hearing, was that Richter hadn’t bothered to tell SpamCop about the TRO request and hearing. 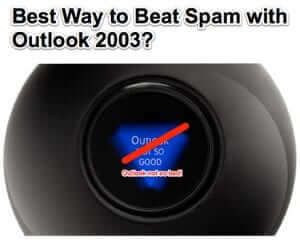