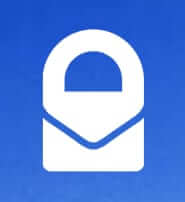 Want a truly encrypted email program? If you are among those who worry about nosy agencies and others reading their email, you will appreciate Proton Mail, “End-to-end encrypted email, based in Switzerland.”

And make no mistake, ProtonMail was created because its founders were among those who were worried.

Explains ProtonMail founder Jason Stockman, “It was the Snowden leaks that got us started. A lot of us at the time were working at CERN, the nuclear research facility in Switzerland, and we started hearing about all this and we really freaked out.”

And that is over concern for things that in theory should already be privacy-protected. The average person who has a webmail account in the cloud doesn’t even have that level of (assumed) privacy protection. This is especially true given that the Electronics Communication Privacy Act (ECPA) allows law enforcement to gain access to your data without a warrant when stored in the cloud.

So how does ProtonMail work? According to ProtonMail, “ProtonMail’s segregated authentication and decryption system means logging into a ProtonMail account that requires two passwords. The first password is used to authenticate the user and retrieve the correct account. After that, encrypted data is sent to the user. The second password is a decryption password which is never sent to us. It is used to decrypt the user’s data in the browser so we never have access to the decrypted data, or the decryption password.”

And neither does anyone else.

In fact, it’s very similar to other two-factor authentication systems.

And why Switzerland? Well, primarily because ProtonMail was founded, in part, by scientists at CERN. But a happy side effect is that, as the ProtonMail site explains, “All user data is protected by the Swiss Federal Data Protection Act (DPA) and the Swiss Federal Data Protection Ordinance (DPO) which offers some of the strongest privacy protection in the world for both individuals and entities. Only a court order from the Cantonal Court of Geneva or the Swiss Federal Supreme Court can compel us to release the extremely limited user information we have.”

ProtonMail is in public beta, although as of this writing, while you can sign up and reserve your email address, you can’t actually set up your account. This is because the response to ProtonMail has been so overwhelming that the developers had to close the beta while they ramp up for additional capacity. As they explain on their site, “When we launched ProtonMail, we did not anticipate that there would be so much interest in our service. We thought we had enough resources in place to support over 1 month of user signups. Never could we have imagined that we would hit that limit in around 60 hours.”

1-800-FLOWERS Data Breach Second Breach Revealed for December 2018
Hackers Read Your Screen in Your Eyeglasses, Teapots, and Other Reflective Objects
Never Heard of People Data Labs? They've Heard of You, Likely Have Your Data and It Was Exposed in a...
Twitter Competitor Mastodon - the New Open Source Social Network - Explained
How to Find Your Email Files on a Mac or Macbook
Walmart Also Announces In-Home Delivery While You're Not Home - And Puts Your Groceries Away for You
Enormous Yahoo Data Breach with Usernames, Passwords, Dates of Birth
Stop Using Internet Explorer Immediately, Warns Homeland Security
Share the knowledge