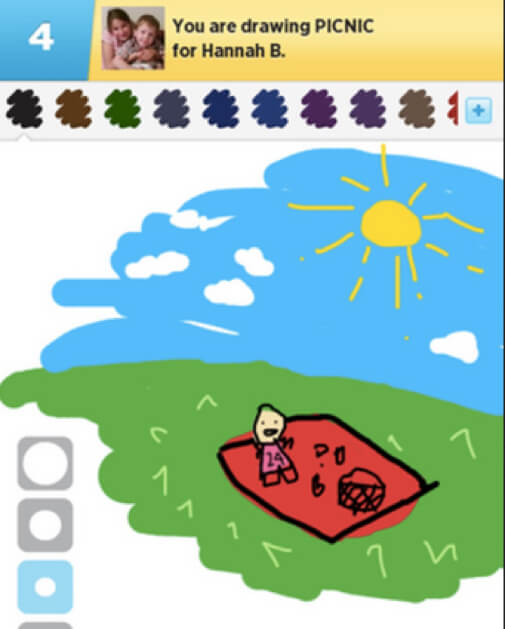 As part of our iPad series, we would like to introduce you to what we believe, hands-down, is the best iPad drawing game app out there. It also happens to be a fabulous iPhone and Android drawing game. The game is called “Draw Something”, and it is a cross between Pictionary and Boggle (mostly Pictionary, with a little Boggle thrown in). Warning: Draw Something is very addictive! But it’s also a game where you are interacting with others, and using your brain. And there is even a free version! Direct link included below.

Here’s how Draw Something works:


First you line up someone with whom to play; you can find someone you know either by their username or their email address, or you can have Draw Something line up a “random” person for you. 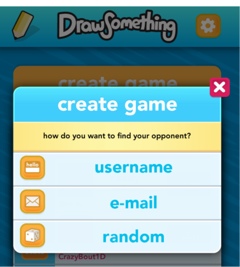 If the other person guesses what you have drawn correctly, you each earn “coins” – 1 coin for an easy word, 2 coins for a medium difficulty word, and 3 coins for a hard word.

After the person has guessed at what you have drawn, it’s your turn to guess what they have drawn for you.

The Boggle-like aspect is that you have twelve letters from which to form the word that the person drawing is trying to get you to guess, which actually makes it a bit easier (sometimes), as if you are guessing incorrectly, odds are good that the letters won’t even be available to you. 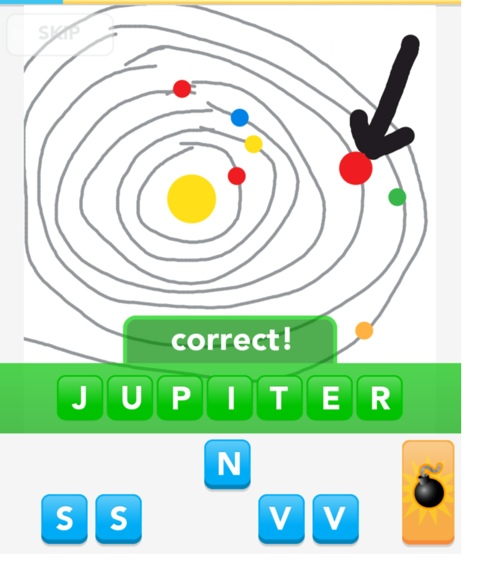 The bomb allows you to wipe away some of the letters so as to narrow down the choices, in case you are really stuck.

With the coins that you earn you can “buy” more colors to add to your pallet, and also more bombs for wiping out letters.

It’s a really brilliant game, and one that is good for all ages.

One note: some people simply write the word instead of drawing it. We say “boooo” to them.

Get Draw Something for iOS here

Get Draw Something for Android here

Apple iOS 8 Debuts QuickType, Voice Messages, HomeKit and HealthKit
Apple Moves into Healthcare with AC Wellness Center Offering Medical Care for Apple Employees
How to Export Email Addresses from Your Email Program on a Mac
Is It Ok to Leave Your iPhone Screen On All the Time? Here's the Answer
How Can I Delete Email without Opening or "Reading" It on a Mac?
iPhones Not Sending Text Messages to Android Phones Sparks iMessage Lawsuit
How to Clean Your Apple Watch Milanese Loop Watch Band
How to Remove Contacts from Your iPhone Sharing Menu (a/k/a the "Share Sheet")