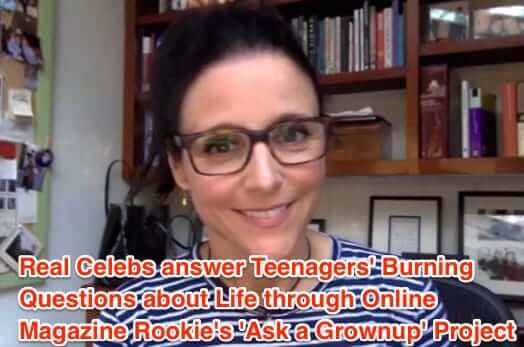 Now, here’s a great use of the Internet: allowing teenagers to ask their burning questions of famous people, and get real answers! Through online magazine Rookie’s ‘Ask a Grownup’ section, teens have had their emailed questions directly answered by such celebrities and notables as Terry Crews, Julia Louis-Dreyfus, Hillary Clinton, Stephen Colbert, Tig Notaro, Bill Hader, and the Lucas brothers, to name just a few.

In case you’re not familiar with Rookie, the online magazine describes itself by saying that “Rookie is an independently run online magazine and book series founded in 2011 by Editor-in-Chief Tavi Gevinson. We publish writing, photography, and other forms of artwork by and for teenagers (and their cohorts of any age!)”


Their ‘Ask a Grownup’ section has become very popular; it makes sense: at a time in their lives when teenagers may not turn to their parents for advice – particularly for sticky or embarrassing situations – getting advice from a grownup they have come to “know” and respect through their celebrity or public exposure can have a real impact.

Take, for example, the videoed answers from Terry Crews. In his answer to a question from a 16-year-old who was asking how she can over her jealousy of a classmate being elected president of a club, even though she had been in the club longer, Crews’ answer included that she had to understand that opportunities are “endless, there’s always a new opportunity. There’s really no limit to the opportunities that are out there, if you just look… And what you have to realize is that you need everyone to succeed for you to succeed… the greatest trick being played on humanity right now is that in order for you to succeed, someone else has to lose.”

Comments from other teens on Crews’ answer to this included “He is so awesome!!!! Amazing advice!” and “omg this was rlly cool and he said great things!!”

A girl who wrote to Julia Louis-Dreyfus (which Julia herself pronounces “Looee-Dryfuss” – so now you know) was feeling lonely and bad, in part because she was basically invisible at school, while “all my friends get nodded to in the halls.” She also mentioned she “feels boys don’t like me because I have a stomach”.

Louis-Dreyfus responded “First of all, all people – no matter how who they are or how they look or even how they behave – suffer through insecurities and a feeling of low self confidence, myself included, by the way”…and she went on to say that in middle school and high school she herself was overweight and suffered from low self-esteem, and then offered the girl some words of wisdom and advice.

And that girl responded, in a comment in Julia’s section, saying:

It’s literally the best day ever. I’m “Lonely From Canada” and my heart feels so full, knowing that she (my idol) answered my question. Thanks so much Rookie; you’ve changed my life forever.

These celebs are sharing from the heart, and sometimes sharing surprising personal information. Take Louis-Dreyfus’ sharing that she was overweight and insecure in high school, or another example where, in response to the question “Are there any songs that you turn to in your darkest times, that make you believe that the world can be better?” Hillary Clinton responded “Anything by Adele. She’s just amazing. Also, the entire Hamilton soundtrack.”

If you know or are a teen who would like to submit a question to Rookie’s Ask a Grownup, Rookie advises:

Want an unbiased grown person to weigh in on the trials and tribulations of your LIFE? (Whatever works, right?!) Email your questions to youaskedit@rookiemag.com with “Ask a Grown” in the subject line, and please include your first name (or your nickname or initials), your city, and your age. 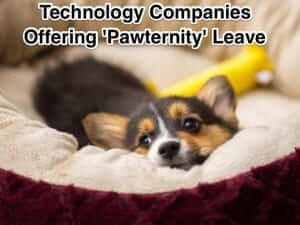 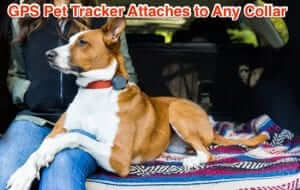