If you have cats, you may not realize that you are living with cold-blooded killers, at least you are according to New Zealand man Gareth Morgan. According to him, the country of New Zealand must eradicate cats, and then ban cats, in order to save the birds. Garrett Morgan has launched an online petition to completely get rid of cats in New Zealand, and even suggests euthanasia as an option for current cat owners. 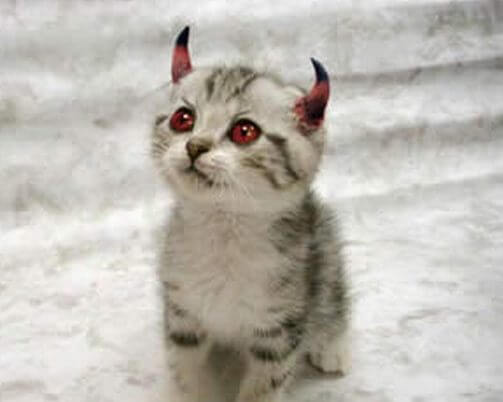 Says Gareth on his website, “Like the parent of a bully saying that their little Johnny would not behave like that, if you’re a cat owner reading this, you are probably thinking that the above statistics don’t apply to your cat. The fact is that your furry friend is actually a friendly neighbourhood serial killer.”

In a way, Gareth’s motivations are admirable. Or at the very least, they make him seem a little less insane. You see Gareth, a self-proclaimed environmental advocate, blames cats for killing local birds and even eradicating entire species. It is well known that the birds of New Zealand were flourishing before the cat population inflated, but so did rats and mice. Many scientists are quick to point out that cats are very helpful for keeping other pest populations down. In other words, cats make up a part of the eco-system and true environmentalists seek to balance environmental components, rather than getting rid of one component entirely.

Many New Zealand bird-lovers and experts don’t disagree with Gareth’s assertion that cats are a problem for the bird population, they just can’t get behind a mass cat extermination. Science blogger David Winter acknowledges that cats can be partially blamed for the extinction of at least six different New Zealand bird species, but points out that when feral cats were removed from Little Barrier Island there was an outbreak of rats which threatened a local type of seabird.

John Innes, a wildlife expert, confirms that cats also help birds by keeping rat and mice populations at bay. Of course, Morgan is aiming to eradicate rats and mice as well.

We are just trying to decide if Morgan really loves birds, or just hates anything with fur.

Verona Dating App Connects Israelis and Palestinians to Advance World Peace
Largest Set of Sky Survey Astronomical Data in History Made Available Online
What is a GPO? We Explain
Sony Releases The Interview Movie: Here's Where You Can Watch The Interview
As More Undersea Cables are Gashed - Disrupting Internet Access to Middle East, India, Sri Lanka and...
Full Text of French President Macron's "Make Our Planet Great Again" Speech
Facebook Sued, Settles, for Allowing Underaged Girl to Open Account
The Truth about the Arizona Arrest of Someone Wearing an Anonymous Mask