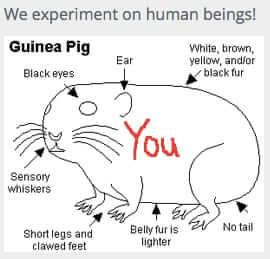 OKCupid is the latest online company to admit that it experimented on its users. However, in this instance one can make the case that experimenting was necessary in order to get their online dating matching algorithms right. And they weren’t intentionally trying to influence their users’ emotions, like Facebook did.

Also, most of their experiments took the form of system-wide (and therefore user-wide) experiments. For example, with the launch of their wildly unpopular “blind date” app, they removed all photos from the site for 7 hours. So everyone was still on a level playing field.


However, not all of their experiments were user-wide, which suggests that at some point, as an OKCupid user, you have had a better than 0 chance that you were part of an experiment that singled you out. For example, in one experiment, to see as between your profile pictures and your text, which receives more weight, OKC used a small sample of their users’ profiles, and half the time that they showed the profile they hid the text, so that only the pictures were displayed. That had the effect of creating two different sets of scores for each profile, one score for the “picture only” version, and one for the “picture and text” version.

And guess what they discovered? Perhaps not surprisingly, 90% of what people respond to is your profile pictures.

In a long, and very open [Page no longer available – we have linked to the archive.org version instead], OKCupid co-founder Christian Rudder explains that “We noticed recently that people didn’t like it when Facebook “experimented” with their news feed. Even the FTC is getting involved. But guess what, everybody: if you use the Internet, you’re the subject of hundreds of experiments at any given time, on every site. That’s how websites work.”

In another not system-wide experiment, to see whether the very existence of high match numbers could influence people to be more predisposed to like each other, OKCupid intentionally displayed inflated match percentage numbers between people. So, for example, if Joe and Jane were really only a 30% match, the system told them that they were a 90% match. They also did it in the other direction, deflating match scores that were actually much higher.

That said, it seems to us that users may have completely passed over someone they were led to believe was a 30% match but was really a 90% match. But that said, OKC makes a point of saying that “Once the experiment was concluded, the users were notified of the correct match percentage.”

The full [Page no longer available – we have linked to the archive.org version instead] makes for very interesting (and amusing) reading.

We’d love to hear from you readers on this question: do you think that what OKCupid did is comparable to what Facebook did, or more or less acceptable?

OKCupid Steps in it by Removing 'Visitors' and Pitching its Removal as a "Feature"
Verona Dating App Connects Israelis and Palestinians to Advance World Peace
Facebook's New Dating App and Service: Everything You Need to Know Right Now
Cam Girls Explained
Facebook's Graph Search Turns Facebook into Best Dating Site on the Internet
Matchr - The New Dating Site Profiles Card Game
New Online Dating Scam - I'm Contacting You for a Friend
Is OK Cupid Selling Your Answers to Their Questions? 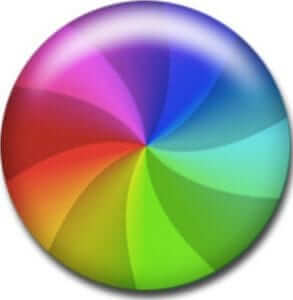 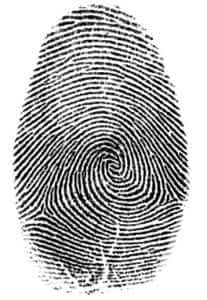 What is ‘Canvas Fingerprinting’ and How Can I Block It?