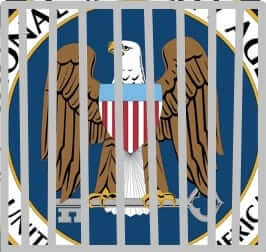 The President’s Review Group, convened to address NSA surveillance and related issues revealed by Edward Snowden, has issued its report and recommendations on how to rein in and address the widespread, overbroad nature of NSA surveillance in general, and its trampling of privacy in particular, while at the same time addressing the genuine need for national security.

It all started in August, when the President issued a memorandum in which he said, among other things, in response to the unfolding NSA PRISM scandal, “I believe it is important to take stock of how these technological advances alter the environment in which we conduct our intelligence mission. To this end, by the authority vested in me as President by the Constitution and the laws of the United States of America, I am directing you to establish a Review Group on Intelligence and Communications Technologies (Review Group).”

– Increase transparency. As the White House explains, “The report urges Congress to enact legislation authorizing telephone, Internet, and other providers to disclose publicly general information about orders they receive directing them to provide information to the government.

Perhaps one of the more interesting recommendations is the retooling of the “Privacy and Civil Liberties Oversight Board”, or PCLOB.

In a statement, the group said “We urge the creation of a newly chartered, strengthened, and independent Civil Liberties and Privacy Protection Board (CLPP Board) to replace the PCLOB, with authority to review government activity relating to foreign intelligence rather than only for counterterrorism.”

And as regards the NSA itself, the group opines “With respect to NSA, we propose that the Director position should be Senate-confirmed, civilians should be eligible to hold the position, and US Cyber Command should be separated from the NSA so that a single person would no longer wear a dual hat.”

Said the White House, in response to the release of the report, “Over the next several weeks, as we bring to a close the Administration’s overall review of signals intelligence, the President will work with his national security team to study the Review Group’s report, and to determine which recommendations we should implement.”

You can read the full report (in PDF form) here:

LIBERTY AND SECURITY IN A CHANGING WORLD: Report and Recommendations of The President’s Review Group on Intelligence and Communications Technologies

ANA Admits This Week to Data Breach it Knew about While Fighting Breach Notification Legislation in ...
Amazon Lawsuit Settlement: Didn't Get Your Notice of Credit? How to Find It
Are You a Gig Worker or Consumer Impacted by the New Gig Work Laws? Let Us Know!
War Spamming War Driver Gets Whacked by CAN-SPAM
The Cognizant Breach: What You Should Know About Maze Ransomware Attacks
Presidential Candidate Tulsi Gabbard Sues Google Over Disabling Ads and Going to the Spam Folder (Fu...
New IRS Rule Reduces Income Reporting from $20000 to $600 for Paypal, Venmo, CashApp, Zelle, Others
Searchable Full Text of Whistleblower Complaint Regarding President Trump
Share the knowledge

Number of people who have enjoyed this article: 2,056