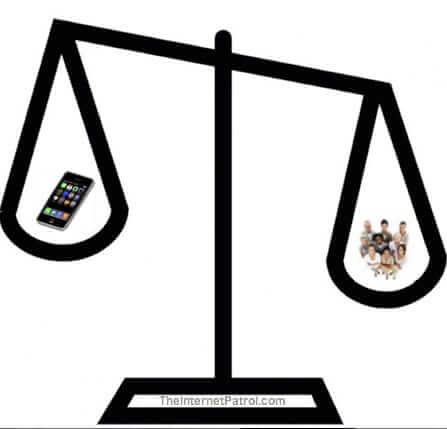 A Federal court has ruled this week that the National Security Agency’s (NSA) Bulk Telephony Metadata Program (BTMP), is unconstitutional, perhaps putting the final nail in the coffin of this iteration of the NSA’s cellphone snooping.

In the decision, published yesterday, of Klayman, et al, v. Obama, et al, Justice Richard Leon stated, among other things, that “With the Government’s authority to operate the Bulk Telephony Metadata Program quickly coming to an end, this case is perhaps the last chapter in the Judiciary’s evaluation of this particular Program’s compatibility with the Constitution.”

Although this Court appreciates the zealousness with which the Government seeks to protect the citizens of our Nation, that same Government bears just as great a responsibility to protect the individual liberties of those very citizens.

With the Government’s authority to operate the Bulk Telephony Metadata Program quickly coming to an end, this case is perhaps the last chapter in the Judiciary’s evaluation of this particular Program’s compatibility with the Constitution. It will not, however, be the last chapter in the ongoing struggle to balance privacy rights and national security interests under our Constitution in an age of evolving technological wizardry. Although this Court appreciates the zealousness with which the Government seeks to protect the citizens of our Nation, that same Government bears just as great a responsibility to protect the individual liberties of those very citizens.


In fact, the paragraph which follows the above, which is from Justice Leon’s conclusion, states “Thus, for all the reasons stated herein, I will grant plaintiffs J.J. Little and J.J. Little & Associates’ requests for an injunction’ and enter an order consistent with this Opinion that bars the Government from collecting, as part of the NSA’s Bulk Telephony Metadata Program, any telephony metadata associated with these plaintiffs’ Verizon Business Network Services accounts and requires the Government to segregate any such metadata in its possession that has already been collected.”

There are two relevant footnotes that explain this very limited holding:

The original Plaintiffs, Klayman et al., may not actually have standing to sue (because to have standing you need to be able to prove that the actions of the Defendants actually harmed you directly). So they sought, and were granted, permission to amend their complaint to bring in additional Plaintiffs who did definitely have standing (the law firm of Little & Associates) who had standing as customers of the Verizon Business Network, which had been included in the NSA’s Bulk Telephony Metadata Program.

Moreover, the Bulk Telephony Metadata Program is scheduled to end at the end of this month (November 2015).

So, Justice Leon’s holding is extremely limited – limited to granting an injunction against the NSA, requiring the NSA to stop collecting data about Little and Little specifically from the Verizon Business Network, until the BTMP ends in a few weeks.

However, don’t for a moment think that there is not plenty of meat in Justice Leon’s opinion, because he takes square aim at the NSA, and the Feds in general, with such choice bits as:

(O)n December 16, 2013, I issued a lengthy opinion (“my December 2013 Opinion”) granting the motion as to plaintiffs Larry Klayman and Charles Strange after finding that they had demonstrated a substantial likelihood of success on their Fourth Amendment claim that the collection and querying of their records constituted an unconstitutional search.

However, because of the novelty of the legal issues presented and the monumental national security interests at stake, I stayed the injunction pending the appellate review that would undoubtedly follow. Indeed, I assumed that the appeal would proceed expeditiously, especially considering that the USA PATRIOT Act, the statute pursuant to which the NSA was acting, was due to expire on June 1, 2015, a mere eighteen months later.

For reasons unknown to me, it did not. Instead, our Circuit Court heard argument on November 4, 2014 and did not issue its decision until August 28, 2015 – nearly three months after the USA PATRIOT Act had lapsed and had been replaced by the USA FREEDOM Act, which was enacted on June 2, 2015.

As it pertains to this Opinion, the USA FREEDOM Act specifically prohibits the bulk collection of telephony metadata, but not until November 29, 2015. During the intervening 180-day period, the NSA is continuing to operate the Bulk Telephony Metadata Program while it transitions to a new, more targeted program whereby the NSA, pursuant to authorization by the Foreign Intelligence Surveillance Court (“FISC”), can require telecommunications service providers to run targeted queries against their customers’ telephony metadata records and then produce the results of those queries to the NSA.

Nearly two years ago, in January of 2014, in the President’s Speech on the NSA Metadata Collection and Surveillance Program, President Obama stated “..I believe critics are right to point out that without proper safeguards, this type of program could be used to yield more information about our private lives, and open the door to more intrusive, bulk collection programs. They also rightly point out that although the telephone bulk collection program was subject to oversight by the Foreign Intelligence Surveillance Court and has been reauthorized repeatedly by Congress, it has never been subject to vigorous public debate. For all these reasons, I believe we need a new approach. I am therefore ordering a transition that will end the Section 215 bulk metadata program as it currently exists, and establish a mechanism that preserves the capabilities we need without the government holding this bulk meta-data.”

Here is a brief timeline:

December 2013: Judge Leon’s original decision, granting the original Plaintiffs Klayman et al motion to move forward with a Federal claim challenging the Patriot Act (against the NSA, as violating the 4th Amendment) was appealed by the Government. Even given the holidays, it’s fair to assume the appeal was received in an appropriately timely manner.

November 2014: The Appellate Court hears argument on the now nearly year-old appeal. Remember that everything grinds to a halt pending appeal.

{Ed. Note: Remember that on November 29, 2015, the FREEDOM Act takes effect, which would likely render this whole thing completely moot}

August 29 or 30, 2015: Judge Leon, aware of this time constraint, immediately schedules a status conference with the parties – at this point he’s clearly prepared to go to the mat.

August 31, 2015: The Government requests a continuance of the status conference (hey, they only have to delay this thing for another 90 days to get it to the “moot” stage).

September 2, 2015: Judge Leon grants the Plaintiffs leave to amend to include new Plaintiffs who clearly have standing.

November 9, 2015: Judge Leon issues his decision, concluding that in December 2013 he stayed his own initial decision, pending the outcome of the appeal, assuming the appellate court would act quickly given the seriousness of the situation, but “…because it has been almost two years since I first found that the NSA’s Bulk Telephony Metadata Program likely violates the Constitution and because the loss of constitutional freedoms for even one day is a significant harm … I will not do so {stay his own decision which would give the goverment even more time} today.”

Now, even though the specifics of this case are very limited (an injunction against the NSA, only prohibiting them from collecting Little and Associates’ data), the verbal spanking which Judge Leon gave to the NSA, and even his own Judiciary, is very broad, and strong.

Judge Leon concludes his decision by saying “In my December 2013 Opinion, I stayed my order pending appeal in light of the national security interests at stake and the novelty of the constitutional issues raised. I did so with the optimistic hope that the appeals process would move expeditiously. However, because it has been almost two years since I first found that the NSA’s Bulk Telephony Metadata Program likely violates the Constitution and because the loss of constitutional freedoms for even one day is a significant harm … I will not do so today.”

And we’re so glad that you didn’t.

The Facebook Lawsuit Settlement and Payout Date (2022)
With Chevy's In-Car Wifi Hotspots in 2015, What Mixed Messages?
Have You Read Your iPhone's RF Exposure Disclosure?
Kissing Across the Internet: Kissenger Device and App Sends Haptic iPhone to iPhone Kisses that You...
Comcast Requires NDA Before Giving Customer Refund
What to Do if You've Lost Your Cell Phone or If Your Cell Phone is Stolen or Missing
Sen. Moran Introduces Federal Data Privacy Legislation
How Instagram Transformed Our Personal Lives
Share the knowledge

Number of people who have enjoyed this article: 1,491