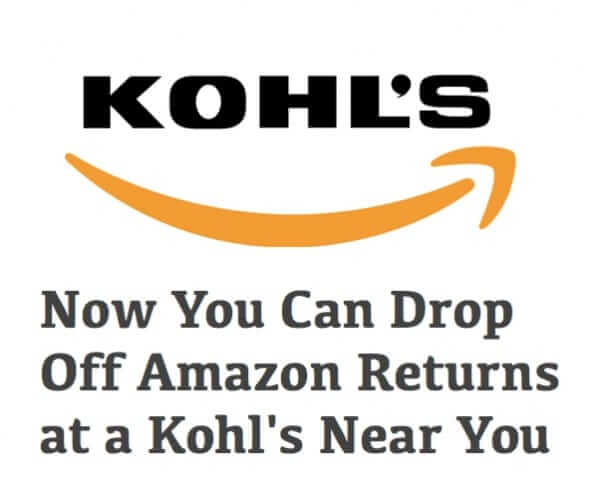 Last year, somewhat quietly, Amazon and Kohl’s launched a partnership in which Kohls would accept your Amazon returns, no questions asked, and no need to even repackage your return. The launch was in just a few locations, however this week Kohl’s announced that, by July, they are expanding the Kohl’s Amazon Returns program to all Kohl’s stores. Here’s everything you need to know to return your Amazon return at a Kohl’s.

First – the question that everybody is asking, but nobody is actually answering: does Kohl’s issue you a refund for your Amazon return? And the answer, we’re sorry to say, is no. Basically the return process to return an Amazon purchase at Kohl’s is roughly the same as it is to take your Amazon return to your closest post office or UPS store, except that you don’t have to repackage whatever you are returning. Instead, Kohl’s will package it up for you and ship it back to Amazon.


The other main difference is that instead of having to print out a return label to put on that package, you will instead get a QR code from Amazon, which you will bring to Kohl’s (on your smartphone). The Kohl’s employee will scan the QR code, which tells them that the return is authorized. For those of you not familiar with what is a QR code, a QR code is a square code made up of black and white blocks, which contains information (often website addresses (URLs)) which can be translated by a scanning program. For example, here is a QR code that contains the website address of the Internet Patrol: 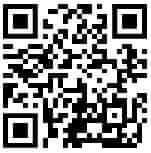 Kohl’s and Amazon actually formed their partnership back in 2017. That partnership included the ‘bring your Amazon returns back to Kohl’s’ program, however it also included Kohl’s featuring an array of Amazon products. Launched first in 82 select Kohl’s stores in 2017, Kohl’s added more stores in 2018, and this week announced the program going nationwide.

For Amazon, they get a little relief with one of their primary pain points: dealing with returns. Plus they get additional insight into brick-and-mortar retailing, as well as, by proxy, providing an in-person experience for customers – something which of course is lacking with Amazon’s primary online service.

But really, as far as we can tell, what’s in it for the average customer is not much, unless you are part of the increasingly smaller population who would otherwise have to pay for Amazon return shipping.

Online Black Friday and Cyber Monday Shopping the Internet After-Thanksgiving Sales
Hands On with Echo Loop - the Alexa Ring You Wear on Your Finger
When Will My Amazon Echo Ship?
Amazon Quietly Starts Collecting Sales Tax on Colorado Orders
Amazon Getting into Meal Kits Business: We do the prep. You be the Chef
Amazon Lawsuit puts Fake Reviewers in the Crosshairs
Complete List of Amazon Echo IFTTT Recipe Connections, Services and Actions
FireTV: Amazon’s Effort to Take on Apple TV
24shares