Hate Monsanto? Sick of how Koch Industries’ brothers David Koch and Charle Koch have their fingers in everything? Wish there were a way to know before you buy which things have their taint, or their genetically modified (GMO) ingredients? Now, with the Buycott app, you can! Scan barcodes right in the store, and Buycott will trace the product through layers of subsidiaries to show you who is really behind the brand.

Most people know why consumers would oppose supporting Monsanto products; fewer are familiar with objections to the Koch brothers an their brands. Objections against Koch Industries generally are owing to their massive political contributions to help fund opposition to, among other things, the regulation of financial derivatives, and opposition to limits on greenhouse gases. Koch Industries owns, among other things, Georgia-Pacific (responsible for such brands as Brawny, Angel Soft, and Dixie), Lycra, and Stainmaster.

But Buycott doesn’t just have information about the brands they’ve identified as potentially objectionable. They are amassing an enormous database so that you can know the true ownership and funding of any product you put in your shopping cart.

Explains Buycott, “When you use Buycott to scan a product, it will look up the product, determine what brand it belongs to, and figure out what company owns that brand (and who owns that company, ad infinitum). It will then cross-check the product owners against the companies and brands included in the campaigns you’ve joined, in order to tell you if the scanned product conflicts with one of your campaign commitments.”

What if the product you are scanning is not already in the Buycott database? Buycott has an answer for that, as well: “Buycott has a rich, but ultimately limited knowledge base of corporations and products. When you scan a barcode that Buycott has never seen before, it will seek information on what it is and who owns it. If it can’t determine the owner of the product, it will ask you for help in identifying the product name, brand name, and company name.”

According to the Buycott FAQ, “A buycott is the opposite of a boycott. Buycott helps you to organize your everyday consumer spending so that it reflects your principles.”

Moreover, you can use Buycott to create a “campaign”, allowing others who have joined the Buycott revolution to join in your favourite cause.

Says the Buycott site, by way of example, “During the SOPA/PIPA debate in 2012, a number of companies pushed to pass legislation that reduced online freedom of expression, while other companies fought hard to oppose the legislation. With Buycott, a campaign can be quickly created around a cause, with the goal of targeting companies with a boycott unless they change their position, or buycotting a company to show your support.”

You can get the Buycott app for iPhone and iPad here.

Is Pink Tech Really a Problem or Just Not a Solution?
4 Useful Google Chrome Features You Probably Didn't Know Existed
Searchable Full Text of Whistleblower Complaint Regarding President Trump
How to Find the Online Census, Telemedicine Online Virtual Doctors, Online Tax Filing, and Tax Filin...
Uber Debuts Self-Driving Uber Cars
How to Use Your iPad or Android Tablet as a Second Display Monitor Screen
Amazon Finally Selling Current Apple Products Like iPhones, iPads, in Time for Christmas
How to Know If You Are Interacting With a Bot

All About eBay Now and How it Works, and a Review of eBay Now 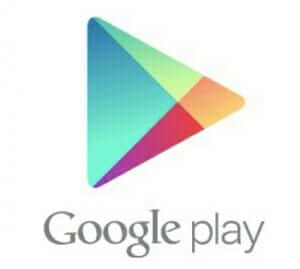