We were as excited as anyone (and probably more excited than many!) to learn about the new Tmobile Sidekick 4G, and to get going on a Sidekick 4G review! So we rushed down to the T-Mobile store and got an inside preview of the new T Mobile Sidekick 4G, the first touchscreen Sidekick ever. The new Android Sidekick 4G from T-Mobile promises to be everything great in the Sidekick line, enhanced with the great Android OS, the touch screen, and front and rear-facing cameras!. So read on about the all new for 2011 Sidekick 4G!

The first thing to know is that the new Sidekick features the same great Sidekick keyboard that we all know and love. The screen does not flip around (like the Sidekick 2), nor does it slide sideways and then up, like the Sidekick LX, but it simply slides straight up, and then rests at a slight angle, with the upper edge slightly higher than the lower – all the better for viewing your screen!

Underneath the slider screen is the full Sidekick QWERTY keyboard, complete with a dedicated number row. Yay!

The keyboard feels, well, in a word, wonderful.

Gone, however is either a trackball or a D-pad (frankly we preferred the trackball over the D-pad). Instead there is what can only be described as a “nub” which is, in fact, an optical mouse. We don’t like optical mice on cell phones. The G2 has one, and while it works well enough, one really wants some sort of physical feedback when using a scrolling device.

Stay tuned for more information as we get to play with this new Sidekick, which will be available to consumers on Wednesday, April 20th. 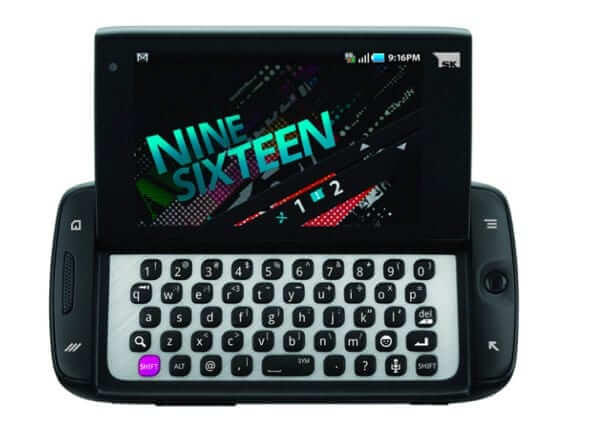 The Pros and Cons of Using the Chrome Password Manager
5 Rising Social Media Platforms to Watch-If You Are Business Minded
New Device Tracking Apps Help You Find Your Lost Keys, Your Wallet, Even Your Phone Itself
How to Reduce the Amount of Time You Spend on Your Cell Phone
Sidewalk 'Smartphone Lanes' are Now a Thing
Why is Adobe Flash Player Being Discontinued? We Explain
How to Know If You Are Interacting With a Bot
Smartphones + Mobile Apps + Adaptive Workforce = Gig Economy
Spread the love