The newest of the sinsister worm types of viruses, Sasser, has attacked Windows-based computers around the world.

Even more insidious than its earlier siblings, Sasser scans the Internet for computers with the Microsoft security flaw which allows it to do its dirty work, and then Sasser installs a copy of itself there. And Sasser does not need the user to activate it by opening an email attachment, running a program, or anything else like that. It arrives and runs all by itself!


Sasser has been responsible for impeding and impairing hundreds of thousands of computer systems around the world, including at airports and security points.

Microsoft announced the security hole in the Local Security Authority Subsystem Service (LSASS.EXE), and an update, last month, but many computers still have not been upgraded.

Users can get more information about the Microsoft security hole and fix at:
http://www.microsoft.com/technet/security/CurrentDL.aspx

Just one more reason why Aunty is happy to be using only OSX and other flavours of *nix and BSD.

Is It Possible to Delete Yourself From The Internet?
Nearly 100 Arrests Worldwide in Blackshades RAT (Remote Access Tool) Sting
What is a Virtual Restaurant? With Virtual Restaurants on the Rise We Explain
Google Maps Street View Leads to Divorce
Working From Home: Why it's Exhausting and What You Can Do About it
Russian Official Tweets Racist Obama Tweet of Obamas and a Banana
How GDPR Affects Individuals in the U.S. and Around the World Including What Rights Individuals Have...
Syrian Rebel Social Media Team Set Up to Meet US CIA Requirements 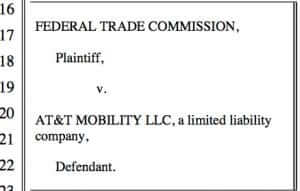 Is the FTC Going to Come After Me for Not Including My Mailing Address?