iTunes Video, also known as iTunes 6, is the new version of iTunes which offers downloads of videos and hit television shows which can be viewed directly on your computer (PC or Mac), and also on your brand spanking new video iPod. Both the new iTunes and the new video iPod were announced today by Apple.

“We’re doing for video what we’ve done for music — we’re making it easy and affordable to purchase and download, play on your computer, and take with you on your iPod,” said Steve Jobs, Apple’s CEO. “Right out of the gate we’re offering 2,000 music videos, Pixar’s short films and hit primetime TV shows like ‘Desperate Housewives’ and ‘Lost’.”


“For the first time ever, hit primetime shows can be purchased online the day after they air on TV,” said Robert Iger, CEO of the Walt Disney Company. “We’re delighted to be working with Apple to offer fans a new and innovative way to experience our wildly popular shows like ‘Desperate Housewives’ ‘Lost’ and ‘That’s So Raven’.”

“Apple is giving music fans a great way to own their favorite music videos,” said Jimmy Iovine, Chairman of Interscope Geffen A&M. “The people at Apple fully understand the interaction between musicians and their audience.”

Featured exclusive music videos are available from artists such as Beastie Boys and U2 along with more than two dozen classic music videos from Madonna. Music videos are available from hundreds of artists, including classic hits by Michael Jackson and Sting and current hits from Coldplay and Kanye West. The first ever video iTunes Originals is being released with an exclusive performance and interview from Death Cab for Cutie as well as an exclusive video album from Brazilian Girls. Music fans can also purchase the Complete Stevie Wonder digital box set, which contains over 500 songs, a full color digital booklet and three bonus videos, available only on the iTunes Music Store. Movie shorts available from Pixar include “Boundin’,” “For the Birds,” “Geri’s Game,” “Luxo Jr.,” “Red’s Dream,” and “Tin Toy.”

Why Your Time Machine Icon Isn't Spinning in the Status Bar
Safari Opening Even Though it's Not Your Default Web Browser? Here's How to Set Your Default Web Bro...
How to Make and Answer Calls on Your iPhone from Your Mac or iPad
Getting Calendar Invitation Spam on Your Apple Device? Here's How to Stop It
How to Make an iPhone Answer Automatically on a Bluetooth Headset
Bug in iPhone 4, iPhone 4s and iPhone 5 Running iOS6 Causes Phone to Automatically Start Playing Pod...
How to Delete iPhone Text Messages Attachments and Regain Space on Your iPhone
How to Use Your iPad or Android Tablet as a Second Display Monitor Screen

2 thoughts on “New iTunes 6 with Video and TV Downloads for PC and Mac!” 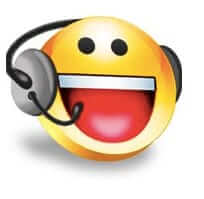 Yahoo Chat Rooms: You Must Be Over 18 Now