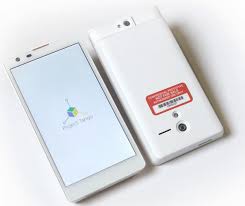 Google is releasing a new device, still currently known as Project Tango. This device can be used to create 3D maps of an area such as your home. Before you get too excited about this, Project Tango is only being released to about 200 developers so that they can develop programs for this technology, but it is headed our way sooner or later.

The Tango devices have a motion capture camera and a depth sensor built into the backside of them. According to Google, they take over a quarter million readings every second in order to determine the location of the device based upon surrounding surfaces.

The idea behind Project Tango is to help create maps that have pinpoint accuracy. For instance, what if your phone could not only navigate you to the building that your new doctor is in, but it could also instruct you where to park and what door is best to enter.


Or imagine a hospital offering an app with a 3D map of their rooms. Usually when you go to the hospital it is during a stressful time. This could help alleviate some of the stress of locating where your loved one is, whether they are in a hospital room or awaiting surgery.

This seems related to, or perhaps an outgrowth from (and certainly several layers deeper than) Google’s plan to include maps of floor plans of public buildings in Google Maps.

Of course we can see some potential downsides to the technology as well. At this point there is no telling how developers may choose to create programs but what if the map you made of your home became public? This would certainly create a privacy issue (not to mention a security risk).

Of course there are upsides as well. Aside from simple mapping services, the device could be used to create new interactive games based upon ones surroundings. Even more beneficial though is that it could be used in rescue operations to map out an area with the help of a robot so that rescuers could determine if an area is safe to enter.

The possibilities are intriguing for Project Tango, and once developers get their hands on the technology, there’s no telling what else may be thought up. For more information about Project Tango, Google released a video on youtube explaining it.

How to Make Gmail Automatically Send Something to the Gmail Spam Folder
Google Takes on Slack, HipChat, Others with Google Spaces
U.S. Government in Talks with Google, Facebook, to Track Location of Where Individuals with Coronavi...
Google Chrome Dino Game and How to Play It
Pakistan Accidentally Triggers YouTube Outage Around the World
Got the "Earnings at risk - You need to fix some ads.txt file issues to avoid severe impact to your ...
Wondering What are FANG Stocks? We Explain (Hint: They Should Now Be Called FANA Stocks)
Gmail Sending Erroneous Bounce Error Messages
Share the knowledge

Number of people who have enjoyed this article: 1,799