MySpace, which recently capitulated to legal demands and has started openly identifying and maintaining a database of sex offenders who have created profiles on the MySpace site, has accidentally branded an innocent woman, Jessica Davis, as a sex offender.


It all started last week when the innocent Jessica Davis received an email from MySpace, saying that “It has come to MySpace’s attention that you are a registered sex offender in one or more jurisdictions.” She had 14 days to appeal the removal of her profile and the addition of her name to the MySpace sex offenders database.

And, MySpace did indeed have the wrong person, but that apparently didn’t move them. After not hearing back from them and, most likely understandably nervous about this, Jessica wrote to them again. This time she heard back from them, in a response which showed a stunning lack of concern over their falsely branding her as a sex offender: “We do not keep records of removed profiles or images. If it was removed by MySpace it was because of a violation of our terms and conditions — which can include a number of things (underage, inappropriate images, cyber bullying, spam, etc). Please review our terms for further assistance.”

“The Jessica Davis in question is absolutely not a sex offender,” said Cardillo, adding that “It was so close, it was one of those rare instances where there was nothing else we could have done but flag her.”

Is that enough to presume someone guilty until proven innocent? And what about the next innocent that MySpace brands “guilty”? Will Sentinal’s CEO get personally involved in every case of MySpace misidentification?

Of course, thousands of people are falsely identified as sex offenders every year – most in the context of a mother falsely accusing a father of abusing their child in order to gain the upper hand in a divorce case.

But here, MySpace not only wrongly branded Jessica Davis (of Colorado) as a sex offender, but they apparently didn’t care, even though her name would go into their database, to which all sorts of agencies have access.

Ironically, Jessica plans to go to law school and to practice law in the public sector. Perhaps she’ll work to advocate for those falsely accused of sexual abuse. 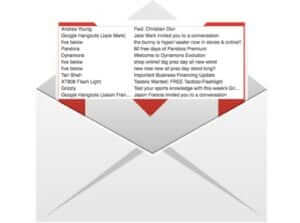 How to Use Gmail as a Spam Filter for All of Your Email!

Search the Largest Online Collection of US Military Records in the World Lets You Do Free Ancestor Search!