The industry is abuzz with today’s announcement by Microsoft that they are “implementing Ironport’s Bonded Sender program” – whatever that means. For those of you not familiar, Bonded Sender is one of the whitelists out there – bulk email senders can post a bond to guarantee that the email they send is not spam, and get their IP addresses listed in the Bonded Sender database. If they then send spam from those IP addresses, their bond can be debited for the infraction. This way receiving systems such as ISPs (such as Microsoft) can accept that email and know with some certainty that it is wanted email, and not spam. (As an aside, given that this site is sponsored by ISIPP, I’d be remiss if I didn’t mention that ISIPP’s Accreditation Database, “IADB”, another list of IP addresses which allows email recipients to check on the background of a sender, also tells the receiving system whether someone participates in Bonded Sender, along with a host of other useful information unique to IADB. Meaning that MS, and anyone else, can get that same information, and much more, with a lookup to IADB. And for free. http://www.isipp.com/iadb.php)


There are, of course, any number of things that “we are implementing Ironport’s Bonded Sender program” could mean.

Does it mean that they are going to only accept bulk email if it comes through an IP address listed in the Bonded Sender database? That would be a huge mistake, and while it would put the hurt on bulk mailers in the short term, in the end it would likely backfire, and cause MS to lose lots of users – users who can no longer get mailing list email they want because the sender won’t kowtow to the MS/Ironport triumvirate (you figure out who the third party is). One might even imagine that there could be the possibility of anti-trust raising its ugly head, if we didn’t know that Microsoft would never…

Or does it mean, as some industry insiders speculate, that MS is about to acquire Ironport, lock, stock, and Bonded Sender? That makes a lot more sense than some might think, even though this move did raise Ironport’s bank, particularly as the founder of Ironport was some single-digit-numbered employee at Hotmail. There is definitely already an MS/Ironport bond (no pun intended), and this may well turn into the Microport Bonded Blender program.

Then again, perhaps it means that MS has been throwing away a lot of email babies with their spam bathwater, and, much as in the inimitable way in which they “announce” a security patch as a big deal without actually first announcing the problem which they created in the first place which the patch is supposed to fix, this announcement is nothing more than “we’re going to use Bonded Sender so that we stopthrowing away good email which our users actually want.

Or, is this just one more text-based photo-op for Microsoft, sending out yet one more press release which, once the world really understands what it means, will lead to a collective “so what?”, not unlike their huge announcement recently that they had sued some spammers along with AOL, Earthlink, and Yahoo – that release amounting to “hey, we’re still doing what we said we’d be doing three months ago”, with a collective response which was indeed “so what?”.

So, you decide: Microsoft and Bonded Sender – good sense, or an unholy alliance?

Is 5G Dangerous? The 5G-Coronavirus Theory Debunked
What is QAnon and Why is it Gaining in Popularity?
Google Searches for Bitcoin Surges Indicating Interest in Virtual Currency
How to Direct Phone Calls From Your Android Phone to Your Windows 10 PC
The Dilemma of Writing Emails That Sounds Genuine and Compassionate During a Pandemic
What is Zoom and Why is Everyone Using It?
Digital Nomad Life: What are Digital Nomads and is it Worth Leaving Your Job?
Service Lets You Hum-to-Search for That Song When You Can't Remember the Lyrics or Name of the Song 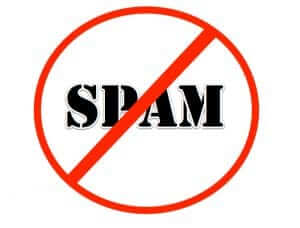 Dear Internet Patrol: Spam with No Unsubscribe Link – What to Do?